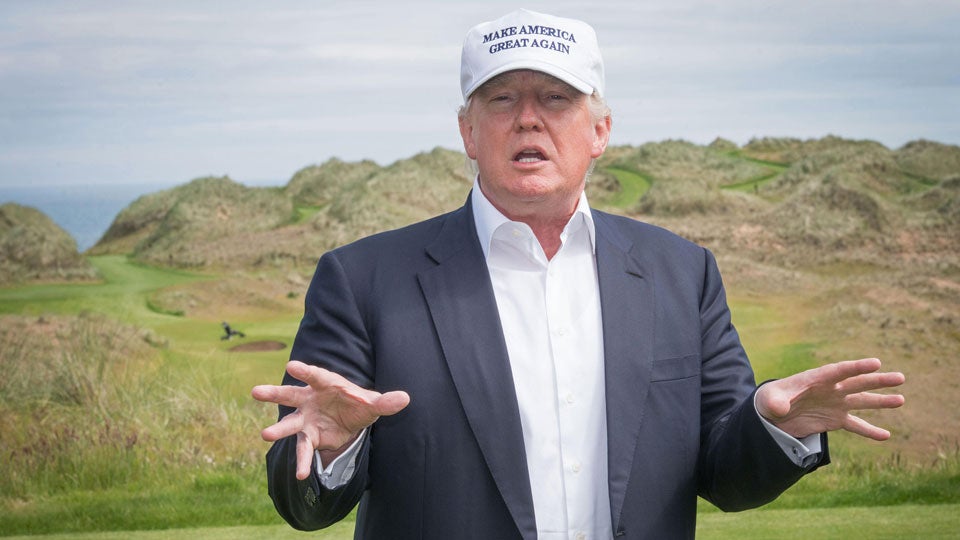 Donald Trump's Scottish golf resort, which opened in 2012, is due for an expansion.
Getty Images

President-elect Donald Trump is expanding his Scottish golf resort despite a recent promise to halt “new foreign deals,” raising further concerns about the business mogul’s potential conflicts of interest during his presidency.

According to the Scottish Sunday Herald, the Aberdeenshire Council has approved a multimillion-dollar expansion of Trump International Golf Links Scotland, including the construction of a second 18-hole golf course, just days after the president-elect sought to quell concerns that he could use his political power to further his business interests.

At a press conference last week, Trump’s attorney Sheri Dillon of the law firm Morgan Lewis outlined a trust agreement through which Trump would hand over the management of his vast business empire to his two eldest sons, Donald Jr. and Eric, without divesting his interests, a move the director of the Office of Government Ethics called “meaningless.”

“Through instructions in the trust agreement, President-elect Trump first ordered that all pending deals be terminated,” Dillon said. “This impacted more than 30 deals, many of which were set to close by the end of 2016. As you can well imagine, that caused an immediate financial loss of millions of dollars, not just for President-elect Trump, but also for Don, Ivanka and Eric. The trust agreement as directed by President Trump imposes severe restrictions on new deals. No new foreign deals will be made whatsoever during the duration of President Trump’s presidency.”

A Trump spokeswoman told The Herald that provision doesn’t apply to this project.

“Implementing future phasing of existing properties does not constitute a new transaction so we intend to proceed,” she said.