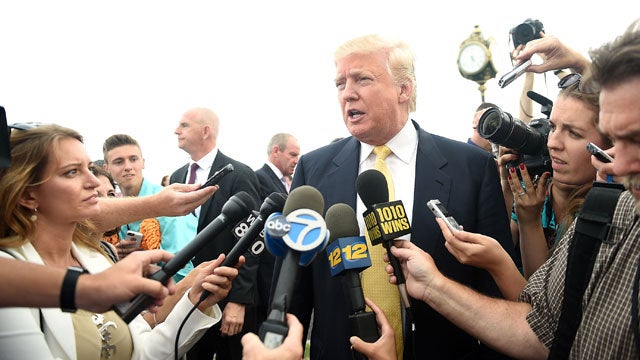 Donald Trump unveiled his redesign of the Red Tiger course at Trump National Doral on Monday with a low-key, buttoned-down ceremony befitting the sport’s traditions.

Just kidding. Trump is a man who knows how to make a splash. He invited contestants from his Miss Universe pageant to take part in the official opening.

We’d rank Miss Ireland Lisa Madden’s swing the best with Miss Israel Doron Matalon close behind. Give Miss Czech Republic Gabriela Frankova credit for her perseverance. It can’t be easy to hit the ball in those shoes while trying to keep your skirt down in the wind.

Trump hit his opening drive 285 yards down the middle, according to the Miami Herald’s report. The Red Tiger redesign follows a reworking of Doral’s famed Blue Monster by architects Gil Hanse and Jim Wagner in 2013. That work put the teeth back into the Monster, which hosts the WGC-Cadillac Championship in March, an event won by Patrick Reed last year after he survived a blustery second round that sent scores soaring.

The Red Tiger, Trump said, is a friendlier course.

“They can’t all be the Monster,” he said. “The Monster can be brutal.”