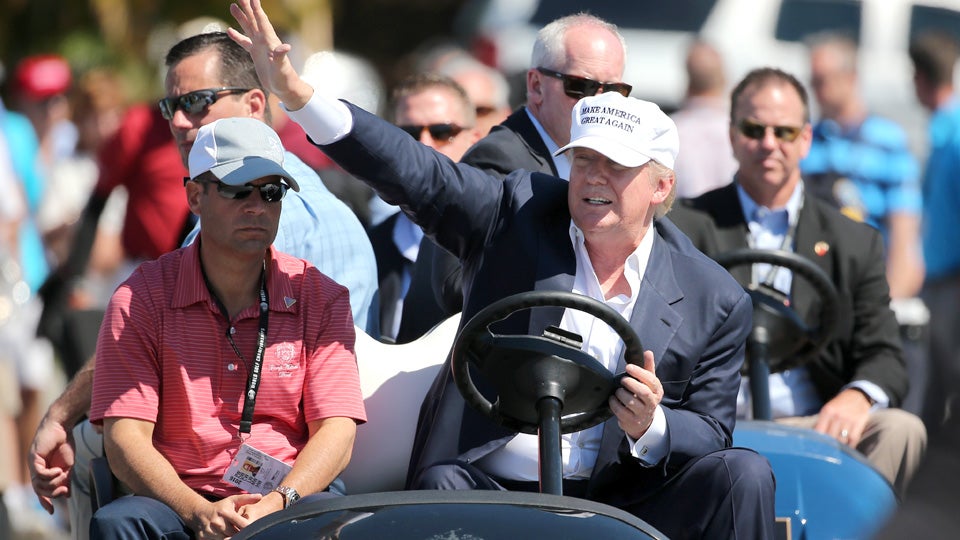 Republican presidential candidate Donald Trump makes an appearance during the final round of the World Golf Championships-Cadillac Championship at Trump National Doral on March 6, 2016, in Doral, Florida.
Getty Images

The Republican race for the White House keeps circling back to golf. Both John Kasich and Donald Trump play, and Trump in particular has a habit of bringing up his prowess on the golf course — whether it’s his long-drive claims or boasting that he plays better than Obama. Various people have accused Trump of cheating on the links. Meanwhile, Kasich has been interviewed on the Golf Channel about his love for the sport and has been seen hitting the driving range in between campaign stops.

RELATED: John Kasich Would Be a Golfing President

Trump, who closely follows political TV shows, tweeted about the comment in an apparent jab at Kasich’s viewing choices:

Gov.Kasich of Ohio just stated on a morning show that he doesn’t watch politics or anything on television, he only watches the @GolfChannel

There hasn’t been this much golf-related political controversy since George W. Bush was criticized for playing during wartime in 2002 and 2003. (He ended up quitting golf for the remainder of his presidency.)