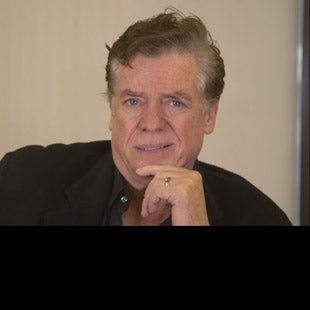 To celebrate the 20-year anniversary of Happy Gilmore, we caught up with the protagonist’s iconic foil. News flash: he’s still a jerk.

We haven’t seen much of you since you lost the 1996 Tour Championship to Happy Gilmore. What have you been up to?

You know, you bring up these things, and I wonder why I’m here, O.K.? Yeah, he won. That one round, he won. I haven’t seen him back on the course, have you? Have you? No. I’ve won four more after that. So, who’s the golfer, huh? Next question.

At what moment did you realize you could make a career as a pro golfer?

I was about 11. I was on the high school team, and you know, they were making fun of me and everything. And then to shut ’em up, I got really lucky. Spanked one right in the hole and got an ace. And they left me alone after that, you know? So I went out and I golfed every day. I let my golf be my fanfare. I knew at that time, right then. If I could just play the game better than them, I’ll be fine.

What is the greatest advice you’ve ever received?

What other player on tour most reminds you of yourself?

Jordan Spieth. Not really. He’s super nice, and I’m kind of a d—. But when I was playing great, I played like Jordan. Played like Bubba. Phil, you know? My contemporaries.

What is your most prized possession?

What is your biggest extravagance?

What is your biggest fear?

Who is your hero?

Bernhard Langer. Great player. Still in phenomenal shape. He’s killin’ it right now. And my dad, of course. He taught me how to golf.

In the movie based on the life of Shooter McGavin, what actor would you like to play Shooter?

Well, I think there’s only two guys that can play it: Samuel L. Jackson, great golfer. And the nicest guy in show business, Tom Hanks. Don’t know if he can golf, though.

Winning the tour. I guess it was 1997 when I won the full cup. The full, you know, the three majors that I really wanted to win, in a row. That was big. But right now, just givin’ back to kids. I’m a big giver. Any kid that’s in need, hungry, Shooter’s there. If you’re having a tough time in life, your mom and your dad aren’t with ya, you’re an orphan, Shooter’s there. I’m there in every smile, in every tear in the kid’s eyes. These are deep thoughts by Shooter McGavin. You’re welcome.