Day: Fowler missed meeting because he was ‘busy with his beautiful girlfriend’ 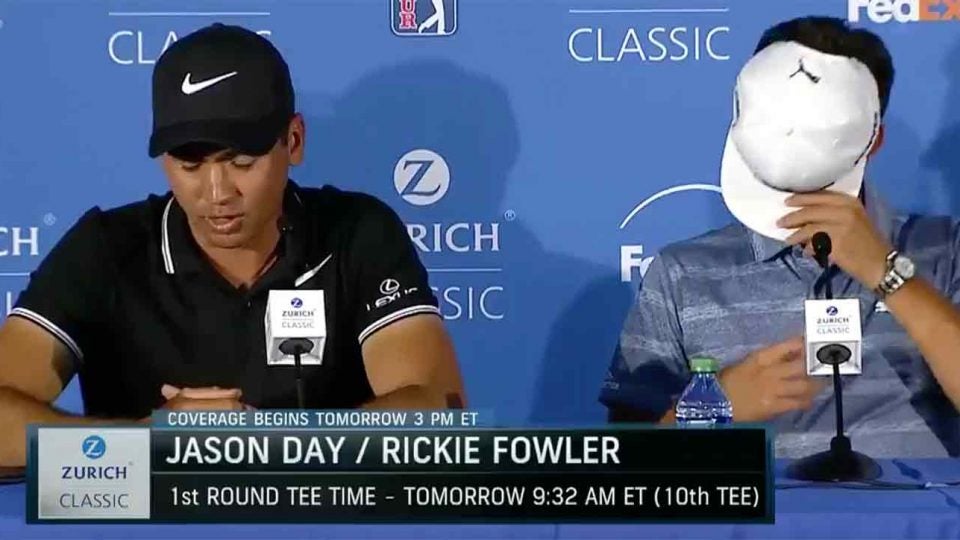 Rickie Fowler has apparently found a new love interest. And this week in New Orleans, Jason Day played the part of Fowler’s publicist, whether Rickie liked it or not.

Day and Fowler, partners for this week’s Zurich Classic team event, were chatting with the press on Wednesday when Day detailed their preparation from the previous night. The only problem? Fowler didn’t attend the team meeting. (Rickie’s caddie sat in.)

“He was busy with his beautiful girlfriend, which is understandable,” Day said.

Fowler, apparently embarrassed and caught off guard, quickly removed his hat and used it to hide his face.

The 28-year-old Fowler, as Day confirmed, is apparently dating Allison Stokke, a 28-year-old fitness model and former pole vaulter at the University of California, Berkeley. Fowler and Stokke posted photos with each other on their respective Instagram accounts Sunday night.

Stokke first gained internet fame at age 17 when her pole vaulting photos went viral. She became the topic of lengthy pieces by major publications, including the Washington Post.

See a gallery of Stokke below.