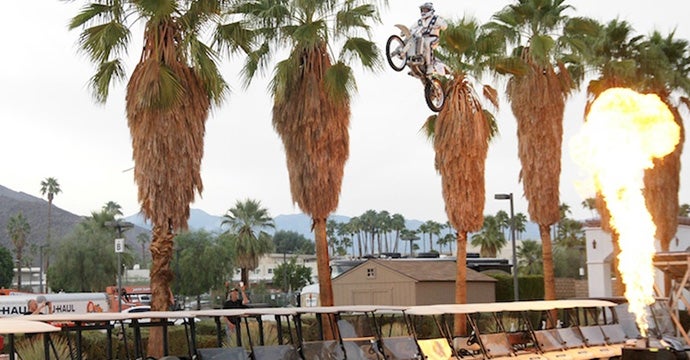 The son of late daredevil Evel Knievel, the younger Knievel was arrested in April for driving under the influence. He planned the stunt, which took place outside of the Spa Resort Casino in Palm Springs, California, to cap off the resort’s Brews & BBQ: Food, Music, Craft Brews & Cool Cars event.

It wasn’t all smooth sailing, though — 53-year-old Knievel crashed his motorcycle into a hay bale wall after landing. He came out a little shaken but unscathed, and he was up and walking right after.

Maybe for his next trick Knievel will trick out one of those golf carts and go for a lofty joyride in one of them?

You can watch the spectacle below.