Dustin Johnson held the 54-hole lead at the RBC Heritage, but nine others started the final round within two shots of the lead. C.T. Pan was one of them. Here’s what happened on Sunday at Harbour Town.

How it happened: Pan jumped ahead on the back nine and briefly shared the lead with Matt Kuchar and Patrick Cantlay, but a birdie on the par-4 16th moved Pan to 12 under and put him on top for good. Playing ahead of Pan, Kuchar made birdie on the par-4 18th to take the clubhouse lead at 11 under, but Pan two-putted for par on 18 — lipping out his birdie try — to clip Kuchar by one. Cantlay needed to birdie the 18th to force a playoff, but he missed the green to the right and wasn’t able to chip in from 18 feet away. 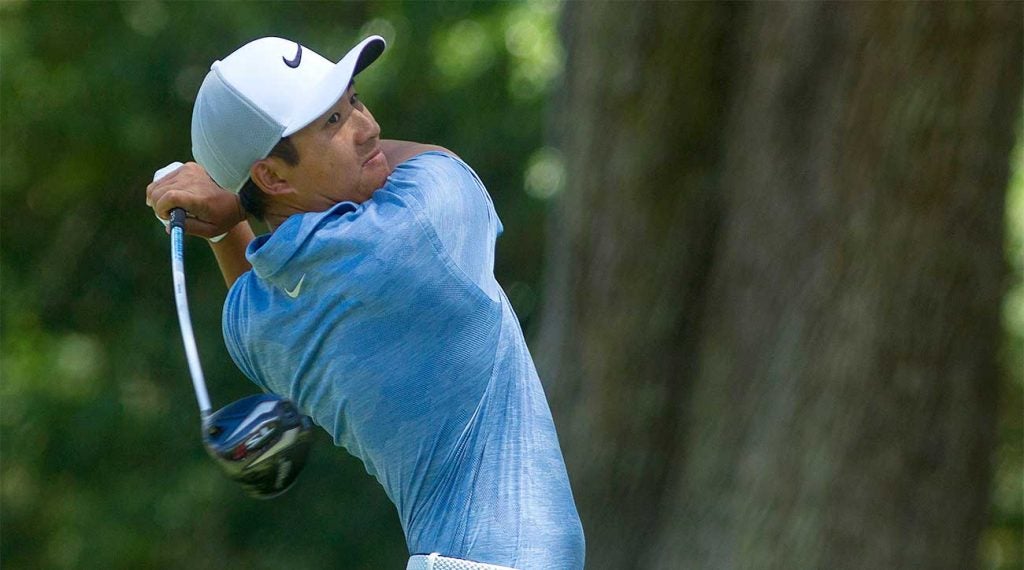 Why it matters: Pan, ranked 113th in the world, had two wins on PGA Tour Canada in 2015, but Sunday was the 27-year-old’s first career PGA Tour victory.

Best shot when it mattered: Kuchar’s birdie on 18 gave him the clubhouse lead, and it happened right before Pan had to play from the bunker on the difficult par-3 17th. But leading by one, Pan splashed his bunker shot to inside three feet and made par to preserve his one-shot lead.

Putting
Pure putting practice: Why it’s time for you to start using drills on the green

Up next: It’s Year 3 of the team event at the Zurich Classic of New Orleans, which begins on Thursday at TPC Louisiana. The best-ball/foursomes event features teams such as Jason Day and Adam Scott, Brooks Koepka and Chase Koepka, Sergio Garcia and Tommy Fleetwood, among others.