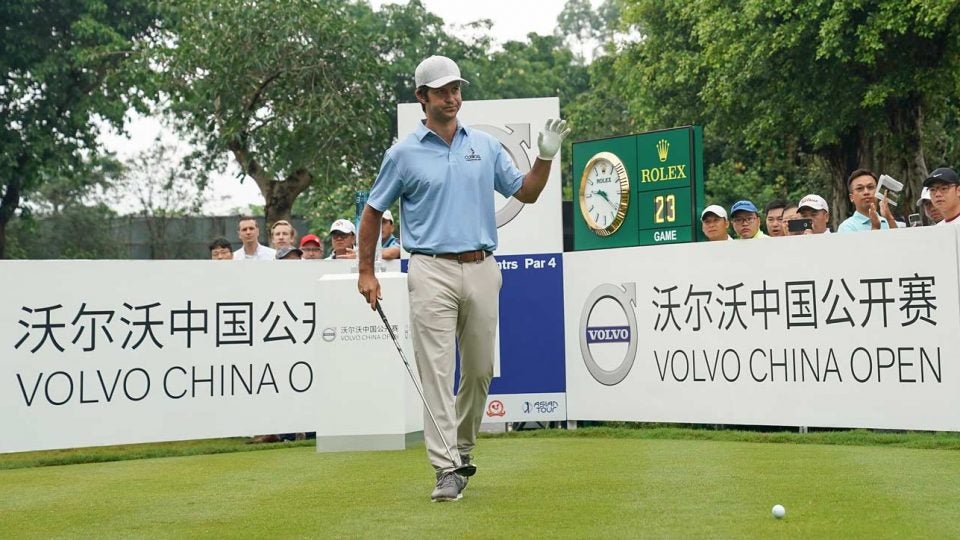 The European Tour announced on Friday that it will postpone two tournaments due to the recent outbreak of the deadly coronavirus.

The Euro Tour shared the news via tweet, writing, “The Maybank Championship and Volvo China Open have both been postponed due to the outbreak of Corona-virus.”

The Maybank Championship was originally scheduled to be played the week after the Masters from April 16-19, and the Volvo China Open was to follow the next week, April 23-26. The Tour has not determined whether the tournaments will receive a new spot on the schedule this season.

“Discussions are ongoing with all parties looking into the possibility of rescheduling both tournaments later this season,” the Tour said in the tweet.

The Maybank Championship and Volvo China Open have both been postponed due to the outbreak of Corona-virus.

Discussions are ongoing with all parties looking into the possibility of rescheduling both tournaments later this season.

The decision was made as the coronavirus outbreak continues to spread. The epicenter of the virus is the Hubei province in China. The total number of confirmed cases of the coronavirus, officially known as Covid-19, has risen to 64,435 as of Friday, Feb. 14, with the death toll reaching 1,380 worldwide, according to CNN.

While the vast majority of cases have occurred in China, Malaysia has reported 19 cases as of Thursday. The Maybank Championship is held annually in Malaysia.

Travel
The four best golf courses to play in China

The postponements come on the heels of a similar move by the LPGA Tour. On Sunday, the LPGA canceled two of its own tournaments due to the outbreak: the Honda LPGA Thailand and HSBC Women’s World Championship. They had previously postponed the Blue Bay LPGA event that was to be played on Hainan Island in China.

“It is always a difficult decision to cancel events and the LPGA greatly appreciates the understanding and all the efforts made by our title sponsors (Honda and HSBC) as well as IMG to host incredible events for our players,” the LPGA said in a statement. “The health and safety of our players, fans and everyone working on the event is always our highest priority.”