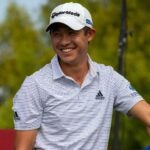 Collin Morikawa is trusting his process going into this year's Masters.

If you watch Collin Morikawa and think, “Damn, he makes this look so easy,” well, that’s not by accident. The 23-year-old has taken the PGA Tour by storm, winning three times since his pro debut last year, including the PGA Championship this August — the second major championship he’d ever played. And he’s done it all by trusting his game and keeping everything else as simple as possible.

Now, he’s just three weeks away from taking on Augusta National for the first time. At his pre-tournament press conference at the Zozo Championship on Tuesday, reporters were eager to know: How was he planning to handle his Augusta prep?

Morikawa has never been to Augusta National. But unlike other first-timers (or various veterans), he said he has no plans to make a scouting trip.

“I haven’t made a trip and I won’t,” he said. “I’ll show up on Sunday and go to the course from there. That’s just been the way I’ve done everything. It’s not like I’ve gone out to any course and tried to figure it out before, whether it was a major or whatever it may be.”

Morikawa does value pre-tournament prep — he just trusts his three-day process. It turns out he’s planning to take the exact same approach that has gotten him this far. And why wouldn’t he?

“I’ve watched Augusta on TV for years. I’ve watched it every year and yes, I know the course, but I don’t. I think me and [caddie] J.J., we’ll do a great job showing up on Monday or whatever it may be and just figuring out the course, how I need to play it, not how someone else needs to play it. Course knowledge helps wherever you are, so the guys that have played this lots of times, yes, it’s going to help, but that doesn’t mean I can’t go out there and play really good golf and hopefully contend Sunday afternoon.”

So how does a whiz kid like Morikawa “learn” a golf course in just a few days?

“I think it’s just figuring out how to play from tee to green and then from there, how do you figure out the greens,” Morikawa said.

It’s a remarkably simple answer where he revealed exactly nothing, except that this all may just be remarkably simple for him, which is actually a pretty interesting reveal. Tee shots, green slopes, angles — he insists that none of it is exactly rocket science.

“Tee shots aren’t that complicated unless you have a lot of blind tee shots; it’s just figuring out what tree or what background thing you need to aim at,” he said. “For me, it’s just getting comfortable with the course. Some courses after one round I can go in my head and figure out okay this is 10, 11, 12 and I can play the course in my head. Some other courses I might show up to, I might not be able to do that, I might need another practice round to really get a sense and get comfortable with it. So I’m going to have to see how Augusta’s going to be in my head.” There’s a bigger question here, one Morikawa was indirectly answering: Do pros approach majors differently than typical Tour events? And, if they do, does it help?

“I think I’ve done a really good job every course I’ve gone to for the first time in figuring it out and I feel like I’m very prepared. I never feel on a Thursday, like, ‘Oh man, I wish I had one more practice round.’

“And I don’t think that’s going to be the case at Augusta. Yes, I’m going to want to be out there a little more just to figure out some greens, figure out the slopes, but I’m not going to just go out there at 8:00 a.m. in the morning and leave at 6:00 p.m. just because it’s Augusta National.”

As if to underscore the point, a media member who had joined the presser late re-asked Morikawa the same question about prepping for the Masters. He gamely re-answered.

“You look at Winged Foot, right? A couple guys went out there a couple weeks before or whatever it may be to figure out the course, but it always plays a little different,” Morikawa said. “If I showed up a month ago to Augusta, it’s going to play different than how we’re going to see it in a few weeks. So I’m going to show up there Monday or Sunday or whatever it may be and just start figuring out the course like I would any course that I’ve been for the first time and do my prep work.”

The Masters seems to slightly favor those with some course experience; nobody has won in his first try since Fuzzy Zoeller in 1979 (and before him only Horton Smith and Gene Sarazen won in their first tries, but those were the first two Masters, so they don’t really count). On the other hand, they don’t make ’em like Morikawa too often. The Cal grad quietly pulled ahead of Rory McIlroy in the world rankings this week, ascending to No. 4 with no signs of stopping there. He’ll get a chance to improve on that ranking this week, and then he’ll take two weeks off before heading to Augusta National.

Last week, Morikawa joined the Drop Zone for an interview you can hear on Apple Podcasts, Spotify, Podbean or anywhere you listen to your podcasts.