2020 Charles Schwab Challenge: What channel is the PGA Tour’s return airing on? 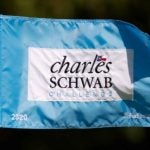 The Charles Schwab Challenge will be the first American pro sport event to air on TV in months.

After a three-month shutdown, the PGA Tour is ready to resume play this week with the Charles Schwab Challenge at Colonial Country Club in Texas. Here’s everything you need to know about watching the event on TV.

What channel is the Charles Schwab Challenge on?

Not only is the Charles Schwab Challenge the first PGA Tour event since early March, its the first major pro sporting event of any kind in the United States since then. The action kicks off on Thursday, June 11, and continues through Sunday, June 14.

All four rounds of the Charles Schwab Challenge will air on TV, just like most PGA Tour tournaments. Two different networks will carry the action at different times. Golf Channel will air seven hours of the first and second rounds on Thursday and Friday, as well as early round coverage on the weekend.

CBS will have the primary coverage of the third and final rounds on Saturday and Sunday, opening the tournament up to a national TV audience during a time when no other major American sports are in action.

Here’s a full TV schedule for the tournament, as well as information on how to stream the action online.

If you have a cable subscription, streaming the entire tournament online will be easy. You can catch the Golf Channel broadcasts on golfchannel.com, and the CBS broadcasts at cbs.com/all-access through your cable subscription, or you can sign up for a CBS All-Access account right here. You can also watch the action via PGA Tour Live, which also includes featured group coverage, though you’ll need a subscription to do so.

Limited free coverage will be available on Twitter, as well as the first-ever “Twitter Multicast,” which will see athletes, celebrities and more providing audio and video commentary during the first round on Thursday from 1-2:30 p.m. ET.