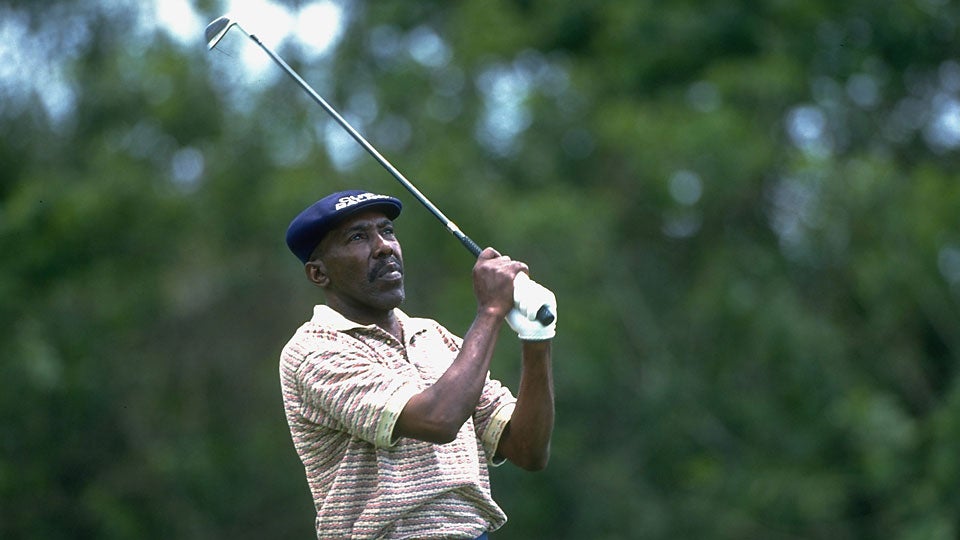 The PGA Tour will never again see the likes of Calvin Peete, who died Wednesday at 71.

A self-taught golfer, Peete figured out the game under the floodlights at empty ballfields and at driving ranges and became the winningest black pro of the pre-Tiger era. He joined the Tour knowing almost nothing about tournament golf – that is unimaginable today – and leaned on veteran caddies far more experienced than he. Peete also relied, famously, on his ability to split fairways. He led the Tour in driving accuracy for 10 consecutive seasons and parlayed his skills into 12 PGA Tour victories and two Ryder Cup team appearances.

Many of his wins in the 1980s, including his victory at the 1985 Players Championship, came with Dolphus “Golf Ball” Hull caddying for him. Everybody on Tour called Hull “Golf Ball,” or “Ball,” but Peete for some reason was uncomfortable with the nickname and called him “Hully.”

“Hully could read a green,” Peete said in a 2013 interview. “He really could. I couldn’t, but he could.” It is a rare player who could give credit to a caddie in that manner, but Peete was nothing like ordinary in any way. Before becoming a professional golfer, Peete made a living however he could, including selling goods to Florida farm workers from the back of his car. He had his front teeth fitted with diamond studs, to make himself more memorable to his customers.

He was memorable, all right. He had a pronounced bend in his left arm, the result of a broken bone that was never set properly. Peete’s crooked arm is believed to have keyed his astonishing accuracy, and it turned the idea of the “straight left arm” into the myth that it is.

“Some of the players still drive farther than I do,” Peete told the New York Times in 1983. “But I’m always in the fairway, and they’re sometimes in the trees.”

Peete was an exceedingly slender man — his physique brought to mind Ben Hogan in the late 1940s. Also Hogan-like was Peete’s intense devotion to practice and self-reliance. He was stylish and often played wearing a Kangol hat. His manner was deeply reserved. He could often be spotted in tournament hotels eating breakfast by himself and reading the paper. In the ’80s, he occasionally withdrew from tournaments after poor first rounds in what was widely thought to be an effort to preserve his scoring average in pursuit of the Vardon Trophy. (In 1984, he won the scoring title with a 70.56 average, edging out Jack Nicklaus.) That upset other tour pros, but overall he was widely respected for the extreme devotion he showed the game and the obstacles he overcame to achieve his Tour success.

Peete retired from competitive golf in 2001. He later was diagnosed with Tourette’s syndrome, a neurological disorder that causes involuntary movement of muscles. He said in interviews that he also suffered from depression.

“Everyone in the family admired and loved him,” said his wife, Pepper, who is the executive director for The First Tee of Jacksonville. “He took the Peete name to another level. We are so thankful that he was in our lives as a father, husband and role model. He was a blessing, and he will be missed.”

Here’s some footage from that memorable 1985 Players Championship.