In GOLF’s all-new series That’s Debatable, sponsored by Cisco WebEx, we’re settling some of golf’s most heated disputes. Our writers and editors have been seeded 1-16, battling head-to-head to determine whose takes are most on point. Up first, it’s a battle for cinematic supremacy: “Caddyshack” vs. “Tin Cup.”

In the golf-film world, there are many contenders, but only one champion. From the list of great golf comedy flicks, our staff whittled down the options to two standalone blockbusters: “Caddyshack” and “Tin Cup.”

Stepping into the ring (and onto the silver screen) are our first contenders. It’s the tournament’s no. 1 seed, part-time J.V. women’s basketball coach and full-time GOLF senior writer Alan Shipnuck squared up against the 16-seed, baby-faced assistant editor James Colgan. So which will it be, Carl Spackler or Roy McAvoy? Shipnuck and Colgan battle it out in the video above. You can also check out their crib notes below.

The Case for “Caddyshack” (Colgan)

News
How Gary McCord, with the help of Tour wives, got so many pros to appear in Tin Cup

The Case for “Tin Cup” (Shipnuck)

“Tin Cup”! The 1-seed survives an early scare and moves on to Round 2. Shipnuck will go on to play the winner of the 3-vs-14 matchup: Josh Sens and Nick Piastowski’s debating Pebble vs. St. Andrews. Keep it locked on GOLF.com and @GOLF_com on social media to follow along as “That’s Debatable” continues every day at noon. 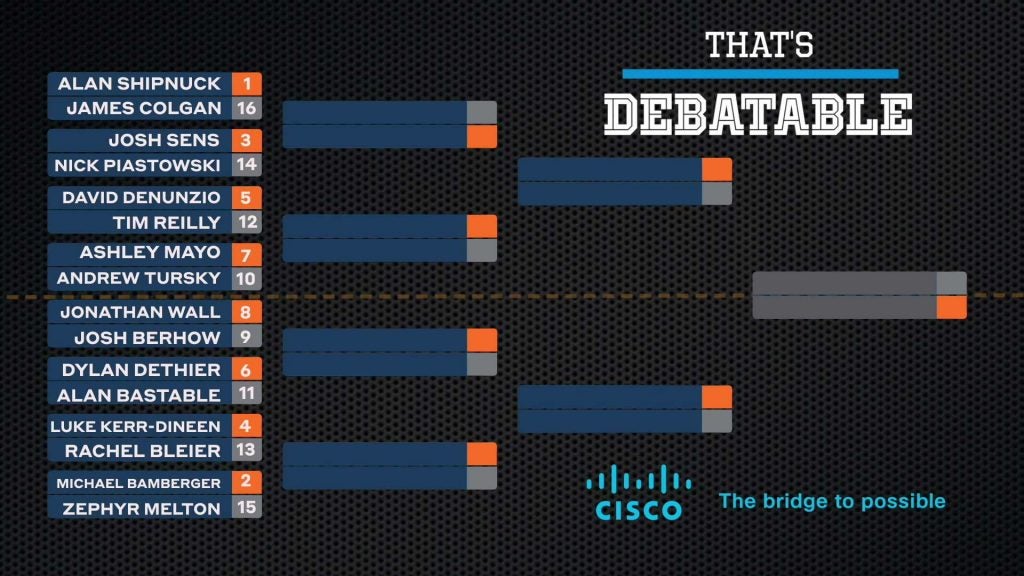