One of the reasons I love the holidays is that it’s a great opportunity for me to catch up on some reading. I can finally get to all those books throughout the year I’d been meaning to get around to, but never did. First on this list this year is Rodney Dangerfield’s autobiography. It’s a fun and breezy read, packed with jokes and some utterly hilarious (if rather inappropriate) stories from the glory days of show business.

But being a golfer, I was particularly interested to hear about Rodney Dangerfield’s biggest breakthrough: his role as Al Czervik in ‘Caddyshack’. There’s a bunch of interesting tid-bits, but none other than Rodney’s revelation that for all the fame he garnered from that film, there wasn’t all that much fortune to go along with it.

Writing about it, he says:

I liked them, and they liked me, so we made a deal. Boom. I get the job on Caddyshack. It actually cost me money to do Caddyshack. I had to give up at least a month’s work in Vegas. So it cost me $150,000 to do the movie, and they only paid me $35,000. People think I’ve made a fortune off reruns, merchandizing, and stuff like that, but I got nothing: $35,000; that was it. My part in Caddyshack did get me into doing movies, though, so I guess it paid off in the end.

If you’re on the hunt for a last-minute stocking stuffer, you can buy it below:

It's Not Easy Bein' Me: A Lifetime of No Respect but Plenty of Sex and Drugs 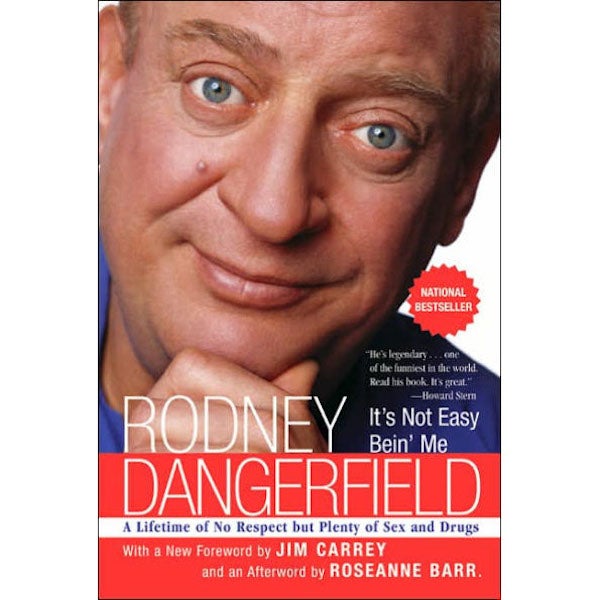 An American comic icon tells the story of his second–act rise from obscurity to multimedia stardom.