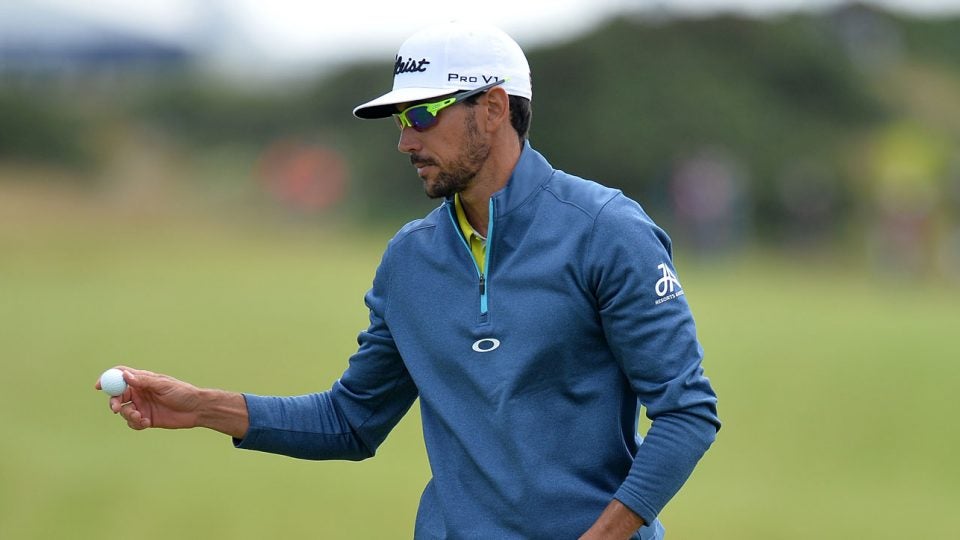 IRVINE, Scotland (AP) — Rafa Cabrera Bello birdied the first hole of a playoff with Callum Shinkwin to win the Scottish Open on Sunday, securing his first title in 5 1/2 years.

Shinkwin left short a 4-foot par putt for victory on his 72nd hole to shoot a 4-under 68 in his final round and drop into a playoff with Cabrera Bello, who shot a course-record 8-under 64. Both were on 13 under par overall.

Returning to the 18th at Dundonald Links, Cabrera Bello sent his second shot from 275 yards to within 8 feet. His eagle putt came short but he tapped in for birdie, leaving Shinkwin a 7-foot birdie putt to force a second hole.

The last of Cabrera Bello’s previous two titles on the European Tour came at the Dubai Desert Classic in February 2012.