Bubba Watson’s Keys to Victory at the Travelers Championship 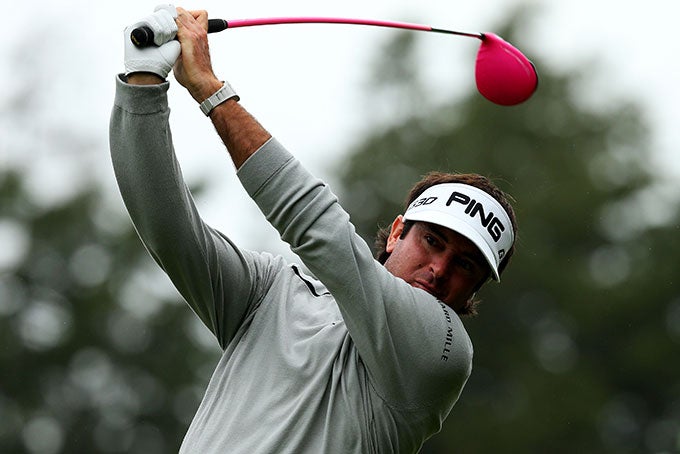 The lanky lefty took home his second Travelers title, outlasting Paul Casey in extra holes. Here’s a look at the numbers that made the difference.

In securing his eighth career victory, Watson actually managed to drive for show and putt for dough. The 36-year old topped the field in driving distance, averaging 307 yards off the tee on all 56 driving holes at TPC River Highlands. Along with the awesome power, Watson also led the way on the greens, matching Harris English for the tournament’s fewest putts with just 107, thanks in large part to his jarring 67 of 69 rolls from 10 feet and in. As if that weren’t dominant enough, Bubba also led the way in scrambling, making par or better on 20 of the 22 greens he missed.

The biggest shift in Watson’s game over the past several seasons has been his consistency, and this week he showed more of the same, carding just three bogeys all week long. He also matched that low in 2014 on route to his win at the Northern Trust Open.

Two wins will make just about any course a pro’s favorite, but Watson clearly has an affinity for River Highlands. Along with his victory in 2010, Watson was runner-up in 2012, T-4 in 2013 and T-6 in 2008, giving him five top ten finishes in nine career starts. He also boasts a personal best of 154 birdies on the Connecticut track and an overall career score of 92 under par.

Bubba has a knack for comebacks, notching six Sunday rallies in his career. His only wins when leading or co-leading after three rounds came at the 2011 Zurich Classic and the 2014 Masters.

Watson has also been clutch when it counts, notching five wins in six career playoffs. But his one loss was a major blow, as he fell short to Martin Kaymer at the 2010 PGA Championship.