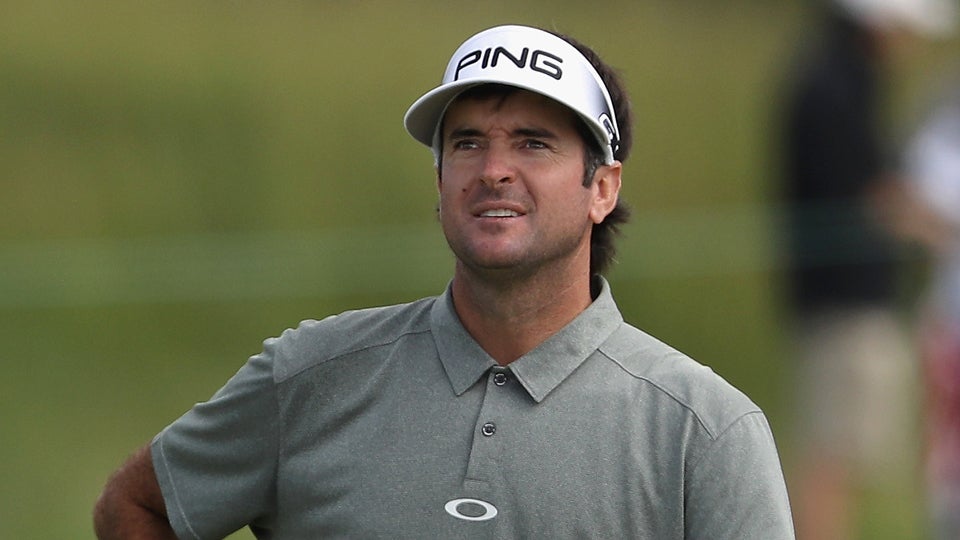 Bubba Watson's best finish at a U.S. Open came at the 2007 tournament at Oakmont.
Getty Images

Likely no one was more disappointed in the rain delay than Bubba Watson. Before the second system of rough weather moved through the Pittsburgh area, Watson had gone 2, 3, 3 through Holes 8, 9, and 10.

The first two birdies came thanks to magnificent iron and wedge shots, but the last birdie before the horn was just a little Bubba magic.

Faced with a perilously fast downhill birdie putt with some serious break. Watson appears to barely touch it and as the ball tracks, it slows down several times, just enough to come up short…before picking up more speed.

It finally falls. Bubba makes three. And he’s three back of Andrew Landry for the lead at the U.S. Open.

Bubba Watson buried this lengthy putt on No. 10 for his third straight birdie. #USOpen https://t.co/CIW8Oxw2jW