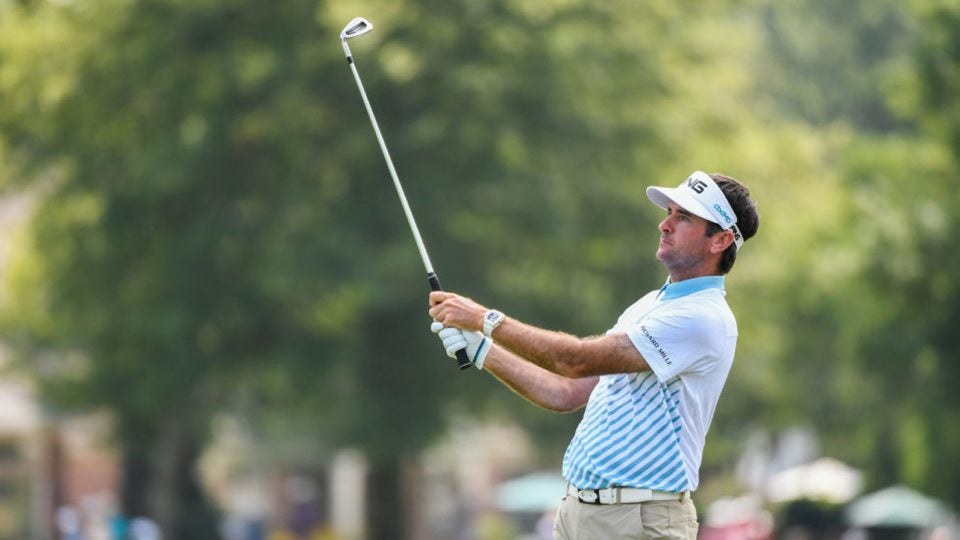 Having a mental coach as part of a professional golfer’s inner circle and team is a common sight on the PGA Tour.

Bubba Watson is the latest golfer to have started working with a mental coach, as he revealed it to reporters after the first round of the WGC-FedEx St. Jude Invitational on Thursday at TPC Southwind in Memphis.

“When you’re 24 trying to turn pro, you don’t have all that junk yet,” Watson continued. “It’s great junk, but it hinders the thing you want to do in a good way. I wouldn’t trade it for the world. I’d get rid of my wins in a heartbeat. I’d work at a golf shop in a heartbeat if I had to to take care of my family and everything. So it’s good junk, but it’s a lot more junk than I had 20 years ago.”

On the course, the two-time Masters champion has struggled this year. He hasn’t won a PGA Tour event since the 2018 Travelers Championship, and he hasn’t captured a major since his triumph at the 2014 Masters. His only other major title came at the 2012 Masters.

The 40-year-old Watson finished T51 at the Open Championship last week, and his best finish this season was a T4 result this past March at the Valspar Championship. His only other top-10 finish this year came at the Waste Management Phoenix Open in February when he finished T6. The 12-time PGA Tour winner has missed four cuts this year, three of which have come over the last two months.

It sounds like the Florida-native’s play on the course could be impacted by his life away from golf.

“For me it’s all about mental, and I’ve been working hard,” Watson said. “Gosh, we’ve seen other athletes come out with mental problems and different things, so this whole year I’ve been dealing with some stuff and just trying to get better at it.”

Watson tees off in Sunday’s final round at 1:10 p.m. ET alongside Justin Thomas. He’s tied for 10th at seven-under and just five shots off the lead, currently held by Rory McIlroy.