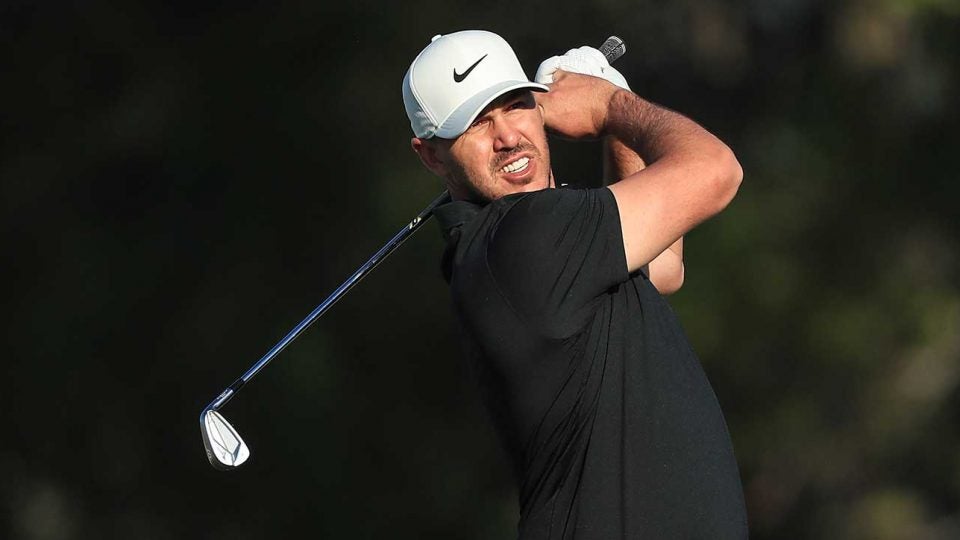 Brooks Koepka watches a shot during the first round of the Abu Dhabi HSBC Championship on Thursday.
Getty Images

If Brooks Koepka had any rust coming off a three-month layoff, it certainly didn’t show up on his scorecard.

The World No. 1 made six birdies and didn’t record a bogey en route to a six-under 66 to open the Abu Dhabi HSBC Championship on Thursday. He’s two back of first-round leaders Renato Paratore and Shaun Norris.

Koepka started on the back nine and opened with a birdie 3 and then birdied three of the last four to turn in 32. He also birdied the 2nd and 3rd holes — giving him five birdies in a seven-hole span — before ending his round with six straight pars.

This week’s European Tour start is Koepka’s first on any tour since he withdrew from the CJ Cup in October with a left knee injury.

“It feels good to be back,” Koepka told Sky Sports after his round. “Missed the competition obviously, and played really solid. Missed a few putts there early, if I really want to pick it apart, but drove it really well, controlled the ball flight, controlled the distances really well and that’s what you got to do out here.”

Kopeka’s knee had been giving him problems since March, and he had stem-cell treatment after the season ended. Then he slipped at the CJ Cup and reaggravated the injury.

“Still doing a lot of rehab,” Koepka said in his press conference on Tuesday. “Before gym, after the gym, getting in there. Been trying to make sure everything feels right, and it does not feel like my right knee, I’ll be honest with you. It doesn’t feel the same as my right. It probably won’t for a while. But it does feel stable, which leaving Korea [after the CJ Cup] and all the way up to about a month and a half ago, it just doesn’t feel stable.”

After his round on Thursday, Koepka said the knee was a little sore on Wednesday evening and planned to do some treatment on it Thursday night.

“That’s expected; this is the first week I’ve walked 18 holes and I’ve done that three times already,” he said. “It’s a little tired.”