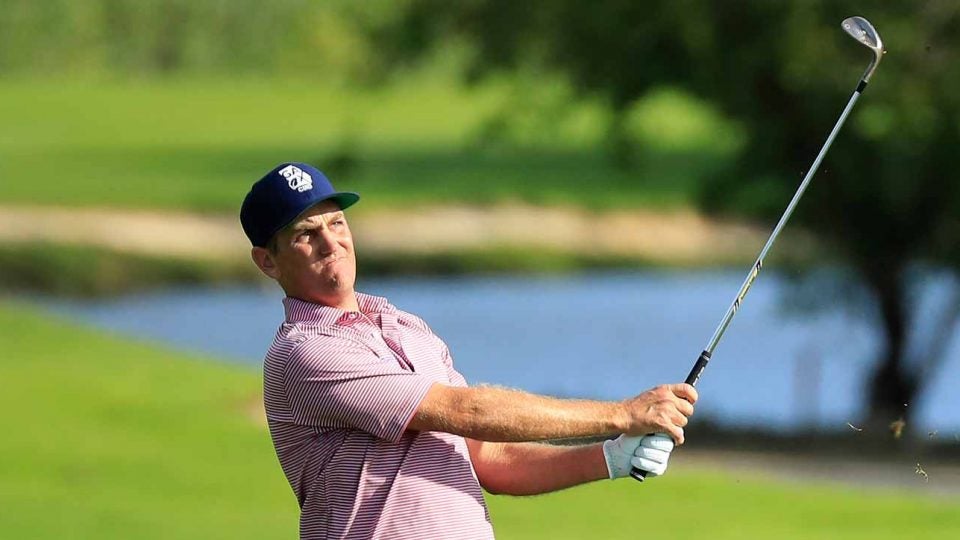 Brendon Todd is on some kind of roll.

The 34-year-old made a clutch up-and-down on No. 18 at El Cameleon Golf Club Monday morning to seal a one-shot victory at the Mayakoba Golf Classic — his second win in as many starts.

Todd became the first player to go back-to-back on the PGA Tour since Bryson DeChambeau won twice in a row during the 2018 playoffs. Todd takes over the FedEx Cup lead, too, with just one event left in the fall schedule.

The two wins in a row are especially unlikely given Todd’s recent history on the course. Swing yips. Mental scar tissue. After making just one cut on the PGA Tour in the last two seasons, Todd considered quitting. It’s a good thing he didn’t.

Extensive rain delays pushed the completion of the Mayakoba Classic to Monday morning, where Todd was tied for the lead faced a 20-footer for birdie at the 15th hole. He poured that in to take a one-shot advantage over Vaughn Taylor.

Things looked even more promising for Todd when Taylor made bogey on 16 — but then Todd missed a two-footer for par, keeping his advantage at one shot.

It's hard to win on TOUR.

Brendon Todd misses a short par putt after a brilliant bunker shot and drops to 20-under.

Tournaments
Tour Confidential: Are the Rules of Golf STILL too complicated?

That’s where the two golfers stayed as they approached the 18th green, where Todd faced an up-and-down for par while Taylor stared down a good look for birdie. But Todd chipped his ball to three feet and then Taylor left his birdie putt on the front edge of the cup, just short. Todd’s putt found the middle to put the finishing touches on his third career win.