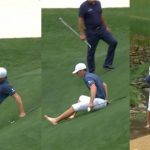 Billy Horschel took a fall next to the 13th green on Saturday.

Billy Horschel’s first mistake on Saturday presumably came around 7 a.m. ET, three hours before he teed off for the third round of the Masters at 10 a.m.

It was around this time we can reasonably estimate he made the ill-fated decision to wear white pants.

Horschel, who entered the day at three over, was about to have an eventful afternoon at Augusta National. An afternoon in which he would not only make three birdies and five bogeys, but would also put himself firmly in the lead for the most eventful par of Masters week.

It all happened on the 13th at Augusta National, where he began the hole by hooking his drive into the trees. After finding his drive in the pine straw a stiff 208 yards from the pin, Horschel threw caution to the wind. With three bogeys and only a single birdie, the 34-year-old figured he needed to shake up his mojo. He elected to take a shot at the flagstick, which was tucked on the front portion of the green directly behind Rae’s Creek. Seconds after making contact, it was clear Horschel’s ball didn’t have the required distance, and it plunked into the creek.

For most, the situation would result in a drop and a penalty stroke. For Horschel, it amounted to a wardrobe change.

Staring at his ball in Rae’s Creek, Horschel figured he might be capable of getting it from the water without taking a penalty stroke. He removed his shoes, rolled up his trousers and walked into the creek. Bingo. He had a shot.

Barefoot, he walked back up to survey the green, which was his second mistake of the day.

At this time, we’d like to state that wearing a pair of white trousers is not, in itself, a poor fashion decision. However, when one is about to walk barefoot down a steep slope with water below, perhaps black pants are a preferable choice.

As he walked back down to the creek, Horschel lost his balance and fell squarely on his rear-end, sliding for a couple of feet before coming to a stop. He stood back up, and with a laugh, wiped off his newly muddied pants.

But his work wasn’t done there.

Seconds later, Horschel sized up his approach shot and knocked it onto the green.

“It was completely submerged, it was probably a couple of inches under the water,” Horschel said. “Fortunately enough, I’ve hit a few shots out of the water just for fun, and so I knew there was a whole bunch of green behind me, so as long as I hit it hard enough, it would come out. So I guess that’s my highlight for the day.”

A few minutes after that, he two-putted for the most bizarre par we’ve seen on Amen Corner in a good while.

Evidently, the par on No. 13 would be the spark he needed to turn his day around. Horschel would make two birdies on the final five holes to finish the day at four over, good for a tie for 49th.

As for his pants, Phil Mickelson was the one to break the news.

“I said, How bad was that grass stain going to be? And Phil said, ‘Yeah, there’s one there, sorry buddy,'” Horschel said after the round. “That’s going to be a highlight that’s replayed on social media, but I was at least hoping to make the putt so there’d be something funny from it.” 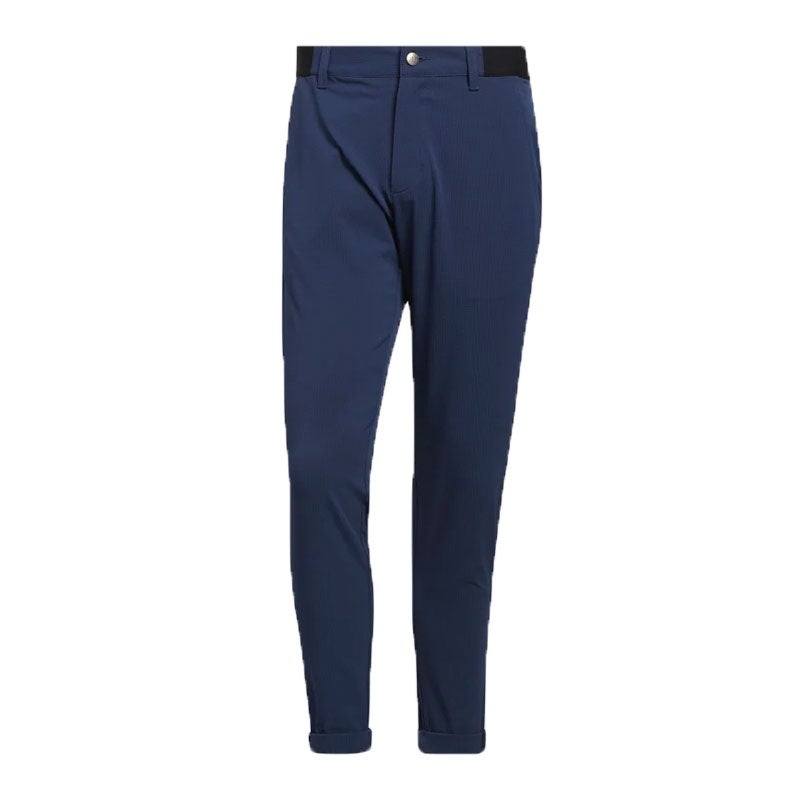