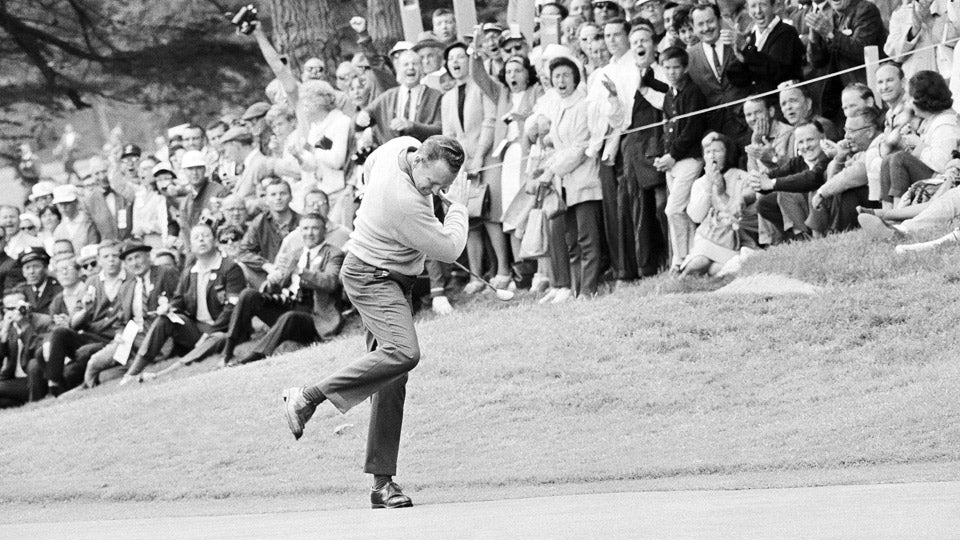 SAN DIEGO (AP) — Billy Casper, one of the most prolific winners on the PGA Tour who was overshadowed at the height of his career by the “Big Three,” died Saturday at his home in Utah. He was 83.

Bob Casper said his father died quickly and peacefully with wife Shirley at his bedside. They had been married 62 years. Casper passed out in the clubhouse at the Masters last year, had work on his heart and recovered from a bout of pneumonia over Thanksgiving. His son said Casper was going to cardio rehab for the last four months and was doing well until he started to feel badly in the last week.

In any other era, Casper might have commanded more attention than he did.

He won 51 times on the PGA Tour, putting him at No. 7 on the career list behind only Sam Snead, Tiger Woods, Jack Nicklaus, Ben Hogan, Arnold Palmer and Byron Nelson. His three major championships include the 1966 U.S. Open, one of golf’s most remarkable comebacks. He rallied from a seven-shot deficit on the back nine at Olympic Club to tie Palmer, and he beat him in an 18-hole playoff.

But he was overshadowed by the “Big Three” — Palmer, Nicklaus and Gary Player, whose rivalry sparked a revival in golf in that era. Part of that was the marketing of Mark McCormack at IMG. Casper originally signed with IMG and then left.

But he kept winning.

From 1962 through 1970, Casper and Nicklaus won 33 times on the PGA Tour. Palmer won 30 times. According to Golf Digest, Casper’s winning rate of 9.2 percent trails only Nicklaus (12 percent) and Woods (26 percent) of all golfers who began their careers after 1950. Casper was a genius with the short game, considered one of the best putters in golf.

He won his first PGA Tour event in the 1956 LaBatt Open over Jimmy Demaret, and Casper won at least once each season for 16 straight years, a streak only surpassed by Nicklaus and Palmer at 17.

But it was that U.S. Open title at Olympic that finally brought him acclaim, even at the expense of Palmer.

“I watched Arnold play such magnificent golf on the front nine. I really felt that he was going to win the tournament,” Casper said in 2012 at Olympic Club. “I had checked the scoreboard and I found that I was two shots ahead of Jack Nicklaus and Tony Lema, and so I wanted to finish second and informed Arnold of that. And he said, `I’ll try to do everything to help you.'”

More than golf, Casper was devoted to family. He had 11 children, six of them adopted, and became a Mormon just as career was taking off.

“Everything became easier,” Casper told Golf Digest in 2012. “I began to live much more for others, and my life fell into balance.”

Casper was born June 24, 1931, in San Diego and began to caddie at San Diego Country Club. He was among the first of the great lineage of golfers in San Diego that included Gene Littler and Mickey Wright.

“Gene was so much better than me. I never beat him as a teenager,” Casper told Golf Digest in the 2012 interview. “But I had a lot of inner confidence. I had such a tie with my eyes and my hands. I could look at a telephone pole 40 yards away, take out a 7-iron and hit it 10 times in a row. I had something special. And somehow, I really understood the game, all without having a lot of guidance.”

Casper won the PGA Tour money title twice and was player of the year in 1966 and 1970. He won the Vardon Trophy for the lowest scoring average five times and still holds the American record in the Ryder Cup for most points. He played on eight teams and was the winning captain in 1969.