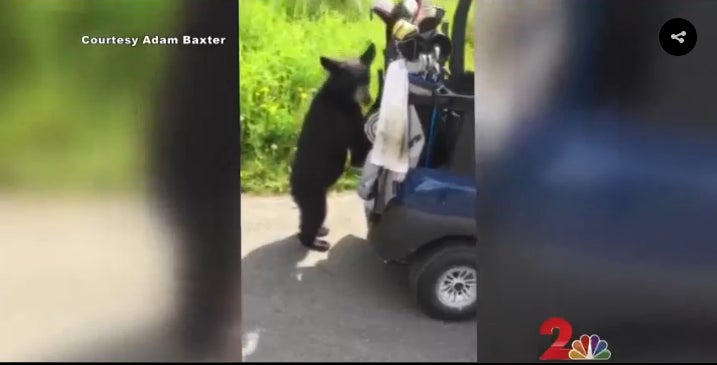 A bear cub on a golf course in Alaska sampled some beer left behind in a golf cart.
Facebook/ KTUU-TV

A bear cub who stumbled across golf carts parked on a path at the Moose Run golf course in Alaska not only fully investigated the vehicles, he also went for the beer left inside.

According to one of local television station KTUU Channel 2 news’ anchors, the bear’s mother was waiting on the next hole. A round of beers, and a round of golf. Talk about going for the ‘bear’ necessities.

“The whole family was out for a round,” the anchor said.

Are beer-swilling bears the Alaska version of the hulking dinosaur-size alligator caught on video lumbering across a Florida golf course a few weeks ago?