At Birkdale, Justin Thomas was there for Jordan Spieth. On Sunday, their roles reversed. 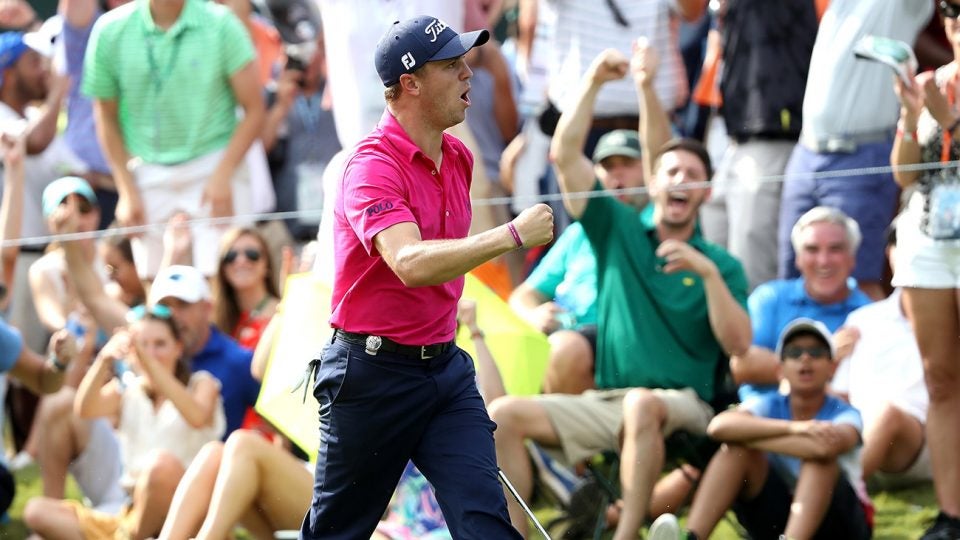 CHARLOTTE — Twenty-one days ago, at the 146th British Open, Jordan Spieth strolled purposefully to the 18th green of Royal Birkdale to put the finishing touches on his third major title.

Thomas hadn’t played in two days. Having missed the cut, he watched most of the final round back at the rental house with Johnson. But near the end of play, he came to the course to help Spieth celebrate. In basketball shorts and a sweatshirt, Thomas graciously answered questions from a half dozen media members about his pal’s latest victory.

What’d you think of Jordan’s birdie-eagle-birdie-birdie stretch? Where were you watching from? How does Jordan do it?

Thomas is used to it. He and Spieth have been friends and rivals since childhood and he’s always been a good sport about talking about the so-called “Golden Child.” 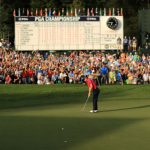 You may also like Tiger Woods, fellow pros congratulate Justin Thomas on his PGA win

Thomas, 24, might not say it, but it has to be exhausting being known as “Spieth’s good buddy,” and dutifully filling reporters’ notebooks with color and quips. Especially when you consider what Thomas himself has accomplished. Before his PGA Championship triumph Sunday at Quail Hollow, Thomas had already won three times this season. And at the U.S. Open at Erin Hills, he shot a nine-under 63—the lowest score in relation to par in major championship history.

Spieth’s win at Birkdale came after a rough start that included a surreal drop (and ensuing bogey) at the 13th. But he rallied to play the next five holes in five under. One of the final questions posed to Thomas on that Sunday, just as rain started to fall on the ancient links, was if Spieth’s incredible comeback surprised him.

“Nothing he does surprises me anymore,” Thomas said, smiling, before thanking the reporters and walking away. He settled back in with his roommates on a hill behind the 18th green and watched the coronation down below. Spieth delivered a gracious speech and posed for pictures with the jug.

A month earlier, Thomas had been in the final pairing at Erin Hills on Sunday. He shot a disappointing 75 and tied for ninth. At Birkdale, he played only two rounds. He might have wondered, watching Spieth that gloomy evening in Southport, when his time would come.

If his time would come.

On Sunday, when Thomas walked off the green a newly minted major champion, Spieth was among a group of friends and loved ones waiting to congratulate him.