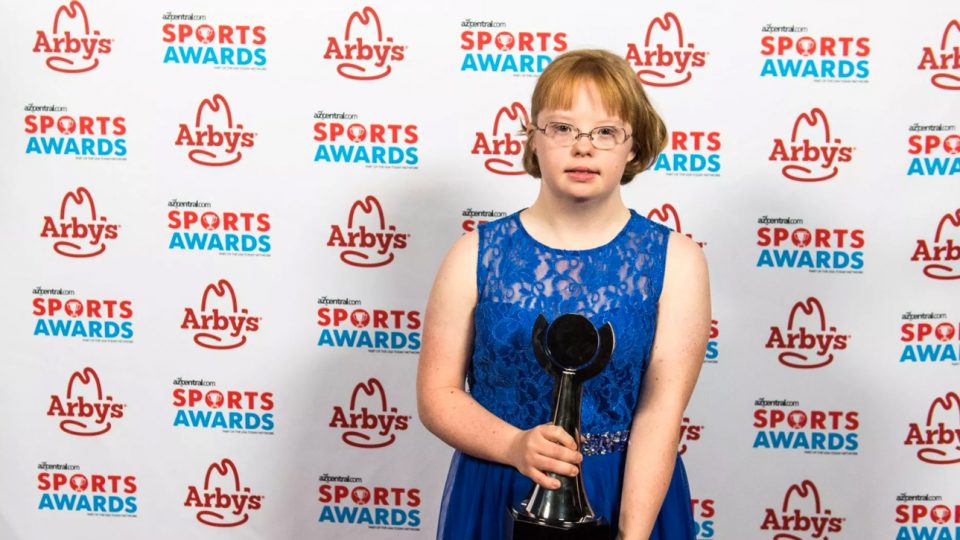 A high school golfer with Down syndrome who plays on her school’s team in Phoenix was recognized by azcentral.com last weekend in their yearly round up of high school sports awards. Amy Bockerstette won the ‘Moment of the Year’ award at the azcentral.com Sports Awards, for what the presenter called the “unforgettable” moment when she qualified with her team to compete at the state tournament in the fall. She is the first golfer with Down syndrome to play in the state tournament.

“Amy was the buzz of the tournament, walking 14 miles over two days. Her mother Jenny said it best, ‘Amy measures success not by winning, but by being in the arena. She finds enjoyment in competition and inspires that same feeling in others,'” Scott Bordow of azcentral.com said at the awards ceremony.

Bockerstette thanked her coach, family and friends at the ceremony. “This has been so awesome. I love it. Thank you,” she said.