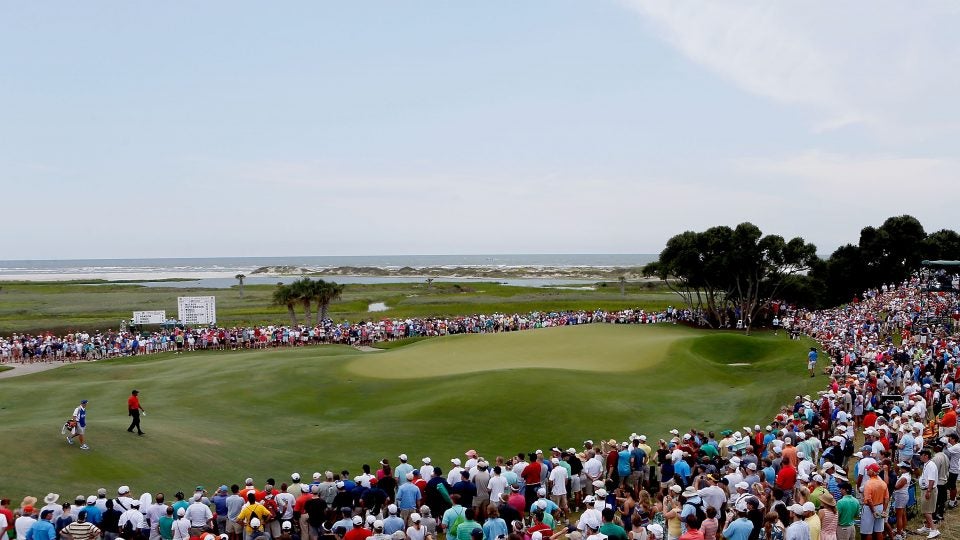 This year's finals will be held at the Ocean Course at Kiawah Island, site of the 2012 PGA Championship.
Getty Images

Play great courses. Support good causes. What’s not to like about charity golf?

A reminder came on Sunday, when 240 players wrapped up play at the Liberty Mutual Invitational National Finals at TPC Sawgrass. The event was the culmination of an annual series of more than 75 charity tournaments around the country that drew more than 12,000 participants. (Disclosure: Sports Illustrated Golf Group is a participating sponsor.)

The winning four-round scramble score, from an Ohio team, was 41-under-par 247, at the same venue where the Tour’s elite play each year. But here’s an even more impressive number: $8.3 million. The amount raised for charity in 2016 alone.

“Golf has always been a charitable game, and the PGA and LPGA tours are the most visible contributors,” said Loren Shapiro, the event’s founder. “But localized efforts like this are the unheralded bedrock of golf’s charitable work.”

Even in a game that’s been struggling to grow, charitable giving has been on the rise. A recent study by Golf 20/20, an association of industry organizations, calculated golf’s annual charitable impact at $3.9 billion (by comparison, the PGA Tour has raised $2 billion for charity over its history). In 2016 alone, the study found, 12,700 local golf facilities hosted charity events, an 8 percent increase from 2011. On average, each of those events raised $26,400.

Of all the golf charity tournaments held in this country every year, the Liberty Mutual Invitational is the largest. Its roots reach back to 1988, when Shapiro, a former college golfer and ex-IMG consultant, established the event, with Glenlivet as the original sponsor. The tournament grew steadily (by 2006, it had raised a total of $120 million for the National Kidney Foundation), and as it did, Shapiro and his business partner, Skip Jenkins, spread the giving to a greater number of charities, including the United Way, Boys & Girls Clubs and Habitat for Humanity, as well as a number of cancer organizations and veterans’ support groups. Through 29 years and more than 3,500 events, the Invitational has raised more than $210 million for more than 65 charities.

Over the years, the tournament has attracted A-list spokespersons, starting with NFL and golf broadcaster Pat Summerall. He was followed by the likes of Lee Trevino, Tom Watson, Lanny Wadkins and current chairman, Curtis Strange, who this year presided over a $1 million shootout on the island-green 17th hole at Sawgrass.

Liberty Mutual Insurance has been the title sponsor for the past eight years, and that relationship continues as the 2017 Invitational series gets underway on April 3 at the Club at Irish Creek in Charlotte, N.C.

This year’s qualifying tournaments will be held at such exclusive venues as The Country Club in Brookline; the Olympic Club in San Francisco; and Oakland Hills Country Club outside Detroit. The host site for the finals isn’t shabby either: the Ocean Course at Kiawah Island, where the four-round finals will play out March 21-25, 2018.

Entry fees for the qualifying tournaments range from $1,000 to $25,000 per foursome. For more information, visit libertymutualinvitational.com.