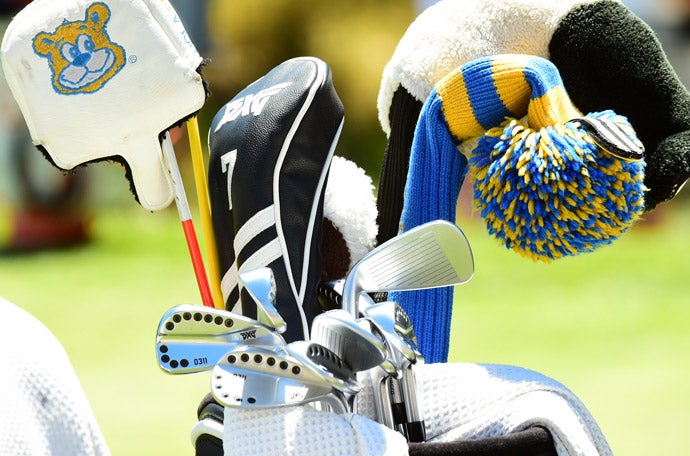 WILLIAMSBURG, Va. (AP) — Alison Lee shot a 4-under 67 on Friday to take a two-stroke lead in the LPGA Tour’s Kingsmill Championship.

The 20-year-old Lee, still a student at UCLA after turning pro in December, had a 9-under 133 total on Kingsmill Resort’s River Course.

“Anything can happen. This tournament is only halfway over,” Lee said. “I’m going to try my best to stay focused and stay in the game.”

Lee tied for fourth in the Kia Classic in March in California and has three top-25 finishes.

“Coming into today, I felt really confident, especially after my round yesterday,” Lee said. “I was striking the ball well, was putting well and got it rolling on the front nine.”

She birdied the par-4 first to reach 4 under for the day, dropped a stroke on the par-4 sixth, rebounded with a birdie on the par-5 seventh and closed with two pars.

“Too bad on the back,” Lee said. “I started to kind of lose a lot of the focus and a lot of my concentration and I was kind of struggling with my approach shots. Thankfully, I was able to make a lot of good saves and par saves coming down the stretch.”

Australia’s Minjee Lee and France’s Perrine Delacour were tied for second. The 18-year-old Minjee Lee had a 67, and Delacour shot 68.

Minjee Lee turned pro in September after leading Australia to victory in Japan in the Women’s World Amateur Team Championship. She eagled the par-5 third, hitting a 4-iron about 200 yards to 7 feet.

“This is my rookie year and kind of the first time I’ve been in this situation, so it’s going to be a whole new experience,” Minjee Lee said. “My mindset? I just want to have fun with my caddie and play some really good golf. Nothing too serious.”

“I got a lucky bounce and hit the green in two,” Delacour said.

“To be honest, my shot is not that really great,” Ryu said. “But really good thing is when I had a chance I made pretty much everything.”

Suzann Pettersen, Christina Kim, Jing Yan and Catriona Matthew were 5 under. Pettersen shot a 65 for the best round of the day, Kim had a 68, and Yan and Matthew shot 67.

“As far as I know this is a four-day tournament,” Pettersen said. “It’s always nice to get a good start. Played OK yesterday, just didn’t get anything out of my round. Scored well today. Course is in great shape. The greens are really, really good.”

Second-ranked Inbee Park was 3 under after a 67. She won the North Texas Shootout two weeks ago for her second victory of the year.

First-round leader Joanna Klatten followed her opening 65 with a 75 to drop into a tie for 22nd at 2 under.

Top-ranked Lydia Ko and Canadian teen Brooke Henderson also were in the group at 2 under. Ko, a two-time winner this season, and Henderson, playing on a sponsor exemption, each shot 69.