Alice Dye, the First Lady of Golf Architecture, dies at 91 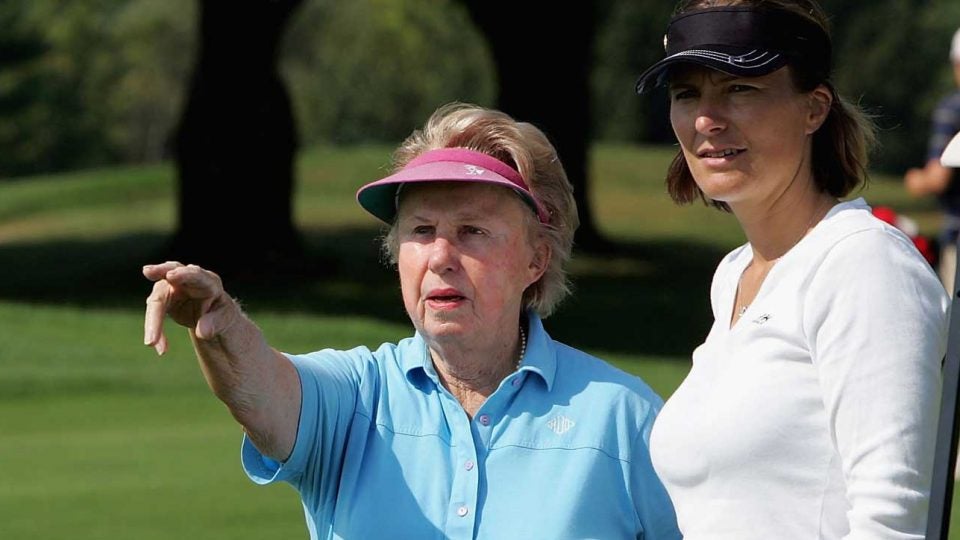 Alice Dye (left) was an integral piece behind much of her husband's architecture.
Getty Images

Alice Dye, a pioneering figure in golf course architecture and longtime partner in design with her husband, Pete Dye, died on Friday. She was 91.

Widely known as the First Lady of golf architecture, Dye — born Alice Holliday O’Neal in Indianapolis, Indiana — first etched her place in the game as an accomplished amateur player, winning nine Indiana Women’s Golf Association Championships, starting in 1946 . She graduated in 1948 from Rollins College, in Winter Park, Florida, where she captained the women’s golf team. It was in a dining hall at Rollins where, as a junior, she first crossed paths with Paul “Pete” Dye, Jr. He was a freshman, recently discharged from military service in World War II. The two were married in 1950, setting off on what would grow into a nearly seven-decade partnership in life and work.

But perhaps none of their tandem projects captured the public’s imagination like TPC Sawgrass, in Ponte Vedra Beach, Fla., particularly the par-3 17th hole, with a landmark island green that was Alice’s idea. Her husband, unsure of what to do with areas he’d hollowed out around the green, was at a design impasse when Alice proposed the artful solution: fill the emptied space with water.

That the majority of their courses were labeled “Pete Dye” designs did not diminish Alice Dye’s contributions to them, or the industry’s recognition of her work. Just as her influence on her husband was profound, so was it on other architects. Jack Nicklaus once told Golf Digest that “the greatest experience of my life (was) working with Pete and with Alice.”

On its website this weekend, the ASGCA paid tribute to Dye, calling her “the matriarch of the most famous family in golf design.”

“Alice was certainly a pioneer and inspiration to us all regardless of gender,” current ASCCA President Jeff Blume was quoted as saying, “but she blazed a trail as only she could for great architects like Jan Bel Jan, Vicki Martz and Cynthia Dye McGarey to follow.”

Her influence rippled far beyond architectural circles, forever transforming the shape and rhythms of rounds on private and public courses across the country. Among her notable contributions was to encourage the construction of additional sets of tees for women, an innovative form of advocacy that earned another nickname: “The Patron Saint of the Forward Tee.”

Dye, who was set to mark her 92nd birthday this month, is survived by her husband, Pete, 93, and sons Perry and P.B., both of whom followed their parents into golf course design.