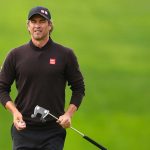 Adam Scott will pass up on the Olympics for a second time later this year.

For the second consecutive Olympic Games, some of the biggest stars in the game are passing up the opportunity to compete for a gold medal.

First, there was Dustin Johnson, the no. 1 player in the world, announcing back in March that his stance hadn’t changed and that he would be skipping again this year. This week, it was Australian Adam Scott, who also didn’t compete at the 2016 Games in Brazil. Rex Hoggard from Golf Channel reported Scott’s “time and schedule” will not allow him to compete in Tokyo at that time of year.

“It is pretty much the only time up until October when he has a chance to see [his family] for a stretch of time,” Scott’s manager said. He was currently qualified as the second player from Australia. Barring a stroke of Australian genius across the Tour, only two Australian players will be allowed to compete, led currently by Cameron Smith.

With that move, Marc Leishman is now currently qualified, and a large gap sits between him (ranked 37th in OWGR) and Matt Jones (53rd) and Jason Day (58th).

Male golfers skipping the Olympic Games, while jarring for some, comes as no surprise considering the schedule and how many players skipped the 2016 Games. The British Open at Royal St. George’s is set to end on July 18th, just five days before Toyko’s opening ceremony. The men’s competition kicks off on July 29th, and is followed directly by the WGC-FedEx St. Jude Invitational, an event with a $10.5 million purse. Soon after that comes the 3-week FedEx Cup Playoffs gauntlet.

In addition to that, there has not been an overall appreciation for golf’s return to the Games by the best male golfers. With concerns about the Zika virus clouding over the 2016 Olympics, 21 players in qualifying position decided against playing, including what then amounted to the top four players in the world: Day, Johnson, Jordan Spieth and Rory McIlroy. While that total is not likely to be met this time around, the early decisions signify an even greater divide between the men’s and women’s competitions.

In 2016, while six female players cited Zika as their reason for not playing, only one of them was ranked in the top 100 worldwide. Together the best women in the world created a stacked field that saw Inbee Park run away with the gold medal, beating Lydia Ko by five. In just the past month, both those world-beaters have won events on the LPGA Tour and both mentioned the Olympics as motivating forces as part of this season.

“The good motivation for me is obviously now the Olympics,” Park said at the end of March.

“If there was no Olympics, I don’t know, would I be here,” she added later. Clearly it’s on her mind. Same for Ko, who after winning the Lotte Championship last weekend, said, “I had one of my all-time best times of my life at the 2016 Rio Olympics. To represent my country and to medal for New Zealand was a huge honor, so I would love to be there to represent New Zealand again at the Olympics.”

Both the men’s and women’s competitions will take place at Kasumigaseki Country Club on the north side of Tokyo.