A Golfer’s Guide to the World’s Best Fishing Spots 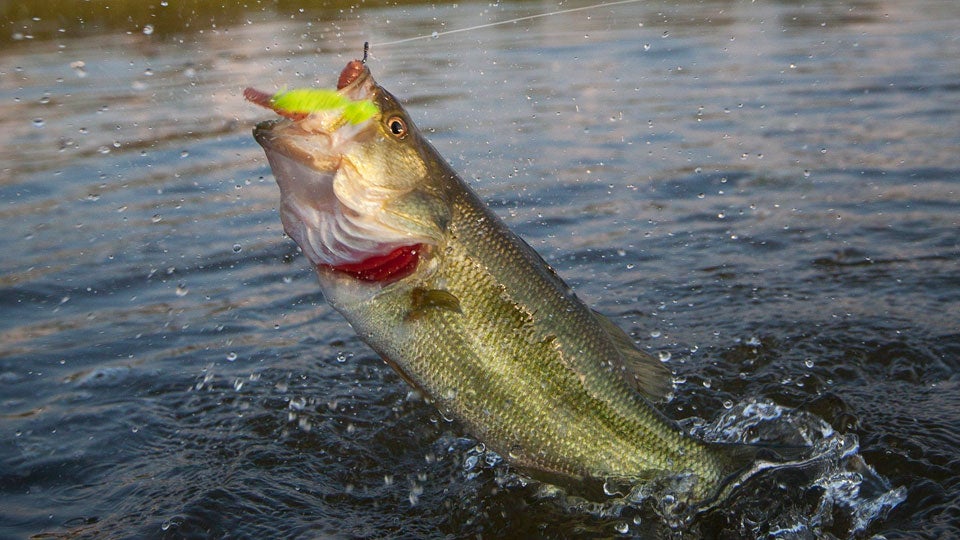 If Tour pros aren’t talking golf on the practice range, there’s a good chance they’re yapping about fishing. From Jack Nicklaus and Davis Love III to Ben Crane and Bubba Watson, the pro ranks are full of avid anglers. Among the most ardent: Champions tour veteran and 11-time PGA Tour winner Andy Bean. Introduced to the sport as a young boy by his father, Bean fell for the pastime hook, line and sinker. Today, Bean, 63, rarely travels anywhere without his tackle — and for good fishing, he’s willing to cast a wide net. Here are Bean’s seven favorite fishing spots, plus the best place to play golf nearby.

In 1969, when Bean was 15, his family moved from Georgia to central Florida, supposedly for golf. Bean knew better. “I’m out there one day with my dad on a boat, and I said to him, ‘The golf thing’s a good story, but I know the real reason we came down here.’” His father didn’t disagree. In those days, Bean says, Lakeland was home to “some of the finest bass fishing in the world,” its landscape pocked with deep, nutrient-rich ponds that had been left behind by phosphate mining. Large-mouth bass remain abundant there today. “Is it as good as it ever? I’m not sure,” Bean says. “But it’s about as good as any you’ll find anywhere.”

Pair it with a round at: Streamsong Resort, Bowling Green (44 miles south)

Over the years, whenever Tour events took him to Oahu, Bean would ask around about bonefishing on the island. But something always got lost in translation. “The locals would me there were no bonefish in Hawaii so I took their word,” Bean said. “Then one day I look down in the water and dang it, I see bonefish. There are plenty of them. They just call them o’io.” Mahalo! Language barrier overcome. A hurdle remained, though. The best o’io fishing was in Mamala Bay, just off the shores of Hickock Airforce Base. Bean had no access, but he’d played in a pro-am with an admiral who did. One phone call later, and Bean was on the base, angling for o’io. “I’ve returned the favor by doing a clinic every year for the service men and women,” he says. Given the quality of the fishing, he adds, “it’s probably the best deal I’ve ever made.”

Pair it with a round at: The Palmer Course at Turtle Bay, Kahuku (42 miles north)

You’ve heard of Bassmaster. But bass at the Masters? You bet, says Bean, who used to fish Augusta during toonament week, and once landed a seven-and-a-half pound bass from the banks of a pond on the par-3 course. “People would say, ‘You’re crazy. You’re going to Augusta and you’re going to fish?’” Bean says. “But I’d be on the golf course at 7 a.m. I’d practice, I’d play, then I’d practice a few more hours. Then the last half hour, I’d go fish. Now that’s something special.” Private waters, sure, but open to a man who’d earned his way onto the grounds. “I don’t think it’s something they really publicize, but I’m not the only one,” Bean says. “I’ve got a photo of Sam Snead, fishing right off No. 4 on the par-3. It’s one of the coolest things you’ll ever see.”

Pair it with a round at: Uh, yeah, Augusta will do. If that fails, try Jones Creek Golf Club, Evans (6 miles north)

Cast an empty hook into the Amazon, Bean says, and you can pull up a piranha. But that’s not sporting. Better to have a go at peacock bass instead. Bean caught plenty of them a few years back when he journeyed deep into the Amazon basin. He stayed at the riverside Rio Negro Lodge, which, though remote, is luxe enough that you aren’t roughing it. The river itself is plenty wild, though, teeming with a breed of bass that Bean describes “as about twice the size of a large-mouth and good fighters.” He relied on a guide, and it’s hard to blame him. “I’d done my share of backwoods fishing before,” Bean says. “But you know you’re really backwoods when you’re 400 miles from a 7-11, or whatever they call those in Brazil.”

Pair it with a round at: Wait until after the 2016 Summer Games when Gil Hanse’s Olympics course in Rio will be open to the public (4-hour flight south)

“I’m a redneck fly-fisherman,” Bean says. “It ain’t always pretty. But I get the job done.” One place he loves to flaunt his skills is along this scenic river, whose crisp, clear waters shift from swift pockets to lazy pools. Despite its gentle banks, the White can pose a challenge with its slippery footing. But the cut-throat trout are worth it. So are the surroundings. “You’ve seen that movie, with mountains and the pines and the river running through it?” Bean says, referring to the Robert Redford film. “I’m telling you, it’s just like that.”

Pair it with a round at: Old Works Golf Course, Anaconda (150 miles south)

Bean owns two boats, but he hasn’t christened either. “They aren’t big enough to name,” he says. The larger of the two is a 21-footer that he employs around Ten Thousand Islands, a vast labyrinth of waterways and mangrove swamps where redfish, tarpon, snook and other species thrive. Bean is the rare visitor who knows the region well enough to fish without a guide. Adding to the challenge, he uses light-tackle, making his quest for sportfish sportier still.

Pair it with a round at: Tiburon Golf Club, Naples (50 miles north)

Like golf buffs, serious anglers keep bucket-lists. High on Bean’s is barramundi fishing off the north coast of Australia. But the Scottish Highlands rank up there, too. “I know the salmon fishing is spectacular there,” Bean says. “And one day, I’m going to get my chance.” The closest he came was in 2003, when he flew to the Auld Country for his first crack at the Senior British Open at Turnberry. His rod and reel were ready, primed for use after the tournament. But during a practice round, after pausing on the 17th to sign some autographs, he sprinted up the fairway to catch up with his group and wound up tearing two calf muscles. “I was all set to go and then that happened,” Bean says, sadly. Call it the one that got away.

Pair it with a round at: Any of the Highlands masterpieces. Royal Dornoch, Castle Stuart, Nairn and too many others to name