9,877 People Signed Up for Open Qualifying, 1 Did With 37 Seconds to Spare 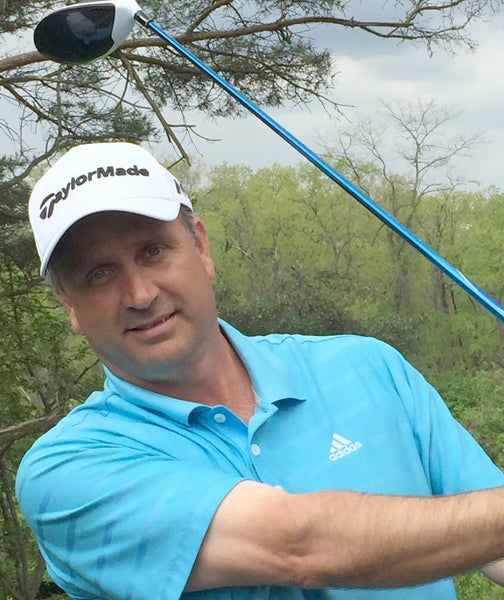 Rickie Fowler stumbled to a first-round 80 at the 2016 Masters at Augusta National Golf Club.
Getty Images

Here it is, the secret of how to win the United States Open:

Step One, file an entry.

Step Two, play your rear end off through two rounds of qualifying and then the tournament proper, held at mighty Oakmont Country Club in June.

Step Two is easier said than done. Step One can be, too.

Meet Gordon Vietmeier, your official Last Man in the Open. He earned a mention in the United States Golf Association’s press release about entries for the 116th Open because he was entry No. 9,877 out of 9,877. His was one of 620 entries filed on the final day but his beat the 5 o’clock deadline by… 37 seconds. It was the golfing equivalent of a buzzer-beater shot.

May is quietly U.S. Open month. While you’re focused on the Players and whether Rickie Fowler can repeat his island-green drama at the Stadium Course, the 116th Open is already underway. Local qualifying began last week. Steven Friesen and D.J. Brigman are The First Men In, advancing to sectional play in the opening qualifier in New Mexico. Open contestants are being determined at sites around the country, whittled as sharply and painfully as an “American Idol” audition.

Gordon, your Last Man In, is a 48-year-old teaching professional who’s been a good player in the Pittsburgh area for years. He’s a former Tri-State PGA Section scoring champ and Player of the Year. He actually drew me as a playing partner for local U.S. Open qualifying on at least one occasion–maybe two, but our memories are hazy. He’s got his own indoor facility, the Gordon Vietmeier Golf School, in Pittsburgh’s Robinson Township area.

He’s not as serious about playing golf as he is about teaching but he still plays very well. Ignore his dismissals that his game never shapes up until July or August because last week he finished third in a big section tournament at Allegheny Country Club, missing a playoff by a shot. So he’s worthy of taking a late swing at the Open but really, his entry had only 37 seconds to spare? What happened?

Gordon’s long version? He waffled about whether to enter… and then forgot.

“I was on the fence about playing, I haven’t even tried the Open in a bunch of years,” he said. “This time of year, you’re thinking, Can I get my game in shape? Then the sun comes out for three nice days in a week and everyone wants help with their games so I’m teaching. The other four days, I’ve got all kinds of time to practice because it’s 40 degrees and raining.”

He misses the old paper entry form. He misses writing a check and mailing his entry in. He misses perusing the list of qualifying sites and considering the courses. He’s old-school. Open entries are accepted only online now and Gordon is not a guy who sits in front of a computer every day.

That’s how he ended up in the bleachers, watching his son play a baseball game at Chartiers Valley High School. Maybe because his son has caddied for him a few times, that’s why he made the connection. “I suddenly thought, S—, today’s the Open deadline! I checked my watch and it was five minutes to 5!”

He wasn’t going to miss his son’s at-bat but, luckily, his son laid a bunt down on the first pitch. So Gordon went to work on his phone. “I didn’t think I’d be able to get it done in time.”

He clicked on one local qualifying site and then a second. Both full! Of course. Every Pittsburgh golfer with a 1.4 handicap and a dream wants a shot at Oakmont. Vietmeier landed a qualifier near Altoona, 90 minutes away. He punched in credit card numbers. Typo! He tried again. OK, but now his credit card expiration date was wrong! The clock ticked. He retyped the date and clicked Submit. He waited. A reply came. His entry was confirmed.

“I really didn’t think I beat the 5 o’clock deadline but I wondered, Is the time stamped when you start your application or when you finish paying?” he said. “I have no idea. But I got in.”

Vietmeier has never played in a U.S. Open. His closest call came at a sectional in Ohio at Sharon Country Club, an all-men’s club, but his main memory of that is his wife having to drop him off in the parking lot for the practice round because she could go no closer.

He was paired with Gary Nicklaus another time at a sectional in Columbus, Ohio. Jack and Barbara Nicklaus came out to follow their son for 25 holes that day.

“It was unbelievable,” Gordon said. “On one hole, I drifted over from the fairway and said, Mr. Nicklaus, this is crazy. All the times I’ve watched you play and now you’re on the outside looking in. He said, ‘Listen, that’s the beauty of golf. I can’t play like this anymore. You earned your spot in there.’ I thought that was the coolest comment ever.”

Gary used his dad’s famous McGregor Response putter–the model that Jack wielded in the 1986 Masters–and holed everything. “Gary shot 12 under and blew the field away,” Gordon said.

Years later, Gordon attended a national teaching summit in Orlando. Jack Nicklaus was being inducted into the PGA Hall of Fame but was in China so Barbara accepted for him. After the ceremony, Vietmeier re-introduced himself and reminded her of that sectional.

“She said, Oh my gosh, when we watched him play that way, we thought that was going to be the turning point in his career,” Gordon recalled. “I said, Well, I’ll never forget how he made all those putts with that Response putter.”

Barbara said, “He used the Response that day?” Gordon confirmed that he did.

Gordon replied, “Well, I don’t have it,” and they shared a hearty laugh.

Vietmeier has competed in numerous PGA National Club Pro Championships but never qualified for the PGA Championship. He knows the odds are stacked against him this week, like they are against any non-tour player trying to get through Open qualifying. If nothing else, he got a kick from an unexpected moment in the spotlight.

“I’ve gotten a hundred texts from all over, guys I’ve played with or taught,” he said. “They talk like this is quite an accomplishment, like I am in the Open. No, this only shows my great procrastination skills. You win a tournament and get maybe a dozen congrats. You do something as benign as this and your phone blows up like you won the damn Powerball.”

I tell Gordon he should buy a Powerball ticket because the next jackpot is big, over $350 million.

“What’s the deadline?” The Last Man in the Open asked. “When is the last possible minute I can buy a ticket?”