The 3 best bourbons, according to a major champion

Fifty-eight-year-old Steve Elkington has a long list of career achievements: he’s a major champion (1995 PGA Championship) and a two-time winner of the Players Championship. “Elk,” as he’s affectionately known, also possesses a famously silky swing and is active on social media, with over 70,000 followers on Twitter.

The Aussie appeared on this week’s episode of Subpar, where he regaled hosts Colt Knost and Drew Stoltz with stories from the heyday of his career, including a wild reminiscence involving Elkington’s longtime buddy, John Daly.

But Daly isn’t the only one who has fun memories of partying alongside Elkington. Knost himself has spent a lot of time with Elkington, and brought up a time he convinced Elkington to open a bottle of Pappy Van Winkle — an ultra-expensive bourbon that can reach four figures in price, depending on its age — only to neglect sharing any with Elkington and opting to polish off the bottle with someone else.

If you have your home bar stocked with bottles of Pappy Van Winkle, it’s safe to say you’re a bit of a bourbon connoisseur. So, Knost then queried, if price is no object, what would Elkington’s top three bourbons be?

“If you’re gonna go day-to-day, you gotta go with the No. 1 bourbon from the taste test, Blanton’s, a very tangerine taste,” Elkington answered. “If you want a little spicier, you might go with something like a Maker’s 46 or [W.L.] Weller 12. Angel’s Envy would be a drink that I think everyone loves. 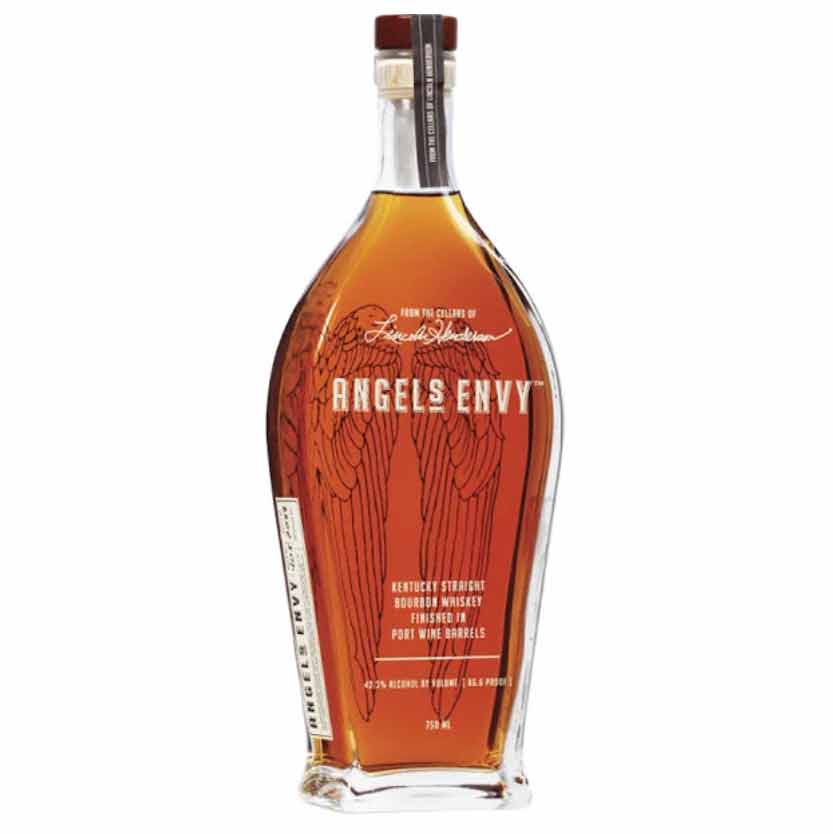 $50.99
Produced using only Kentucky limestone water and locally-sourced grains, this product of Louisville Distilling Co. is aged for up to 6 years in the upper floors of the warehouse, and finished for another 3-6 months in Portuguese port casks.
BUY NOW

“Bourbon is a big long palette of woodsy and peppery on one end and sweet and vanilla, and all that,” Elkington continued. “I’ve got all the Pappy Van Winkles, they sit there. There’s other ones that are really good.”

Sounds like Elk’s home bar is a pretty cozy place to hang out. For more from Elkington — including the epic John Daly story mentioned above, and the most impressive albatross he’s ever seen — check out a video of his full interview below.