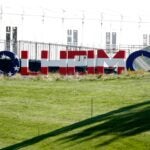 The 2021 Solheim Cup beings this week at Inverness Club.

September is going to be a big month for team golf, beginning with the 2021 Solheim Cup at Inverness Club in Ohio. Here’s everything you need to know to watch this year’s Solheim Cup on TV, including a complete TV schedule.

How to watch the Solheim Cup on TV

Most importantly, the U.S. team features the No. 1 player in the world, Nelly Korda, who won her first major at the KPMG Women’s PGA Championship and followed it up with a gold medal at the Olympics.

The tournament will be televised by Golf Channel and NBC in the U.S. Golf Channel will carry the majority of the coverage, with an early and late telecast on Saturday and Sunday. NBC will provide midday coverage on those days, before Golf Channel takes over sole coverage of Monday’s final round of singles matches. You can check out the complete Solheim Cup TV schedule below.