2021 Masters cut: How do they determine the cut at the Masters? 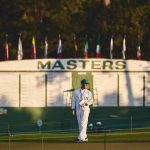 The Masters field will be trimmed for the weekend.

It’s Friday at the Masters, meaning everyone teeing it up today is vying for a weekend tee time at Augusta National Golf Club.

Justin Rose jumped out to a big lead with a seven-under 65 on Thursday afternoon, but the majority of the field didn’t find it that easy. Rose grabbed a four-shot advantage over the next closest competitors, although it’s a tightly bunched group behind him. One shot, for those on the cut line, could be crucial.

The Masters announced a new cut rule at the 2020 November Masters, although it was put in permanently — not just for that daylight-hampered fall iteration.

Masters cut: How do they determine the cut at the Masters?

After 36 holes, the top 50 players and ties make the cut at the Masters, but the new wrinkle eliminated the 10-shot rule. Previously, any player within 10 shots of the leader after 36 holes would make the cut as well, regardless of place on the leaderboard.

Augusta National Chairman Fred Ridley announced the tweak at least year’s Masters, although he says it would have been put in place even if the 2020 event was held in April. He said the change makes it easier to predict the size of the weekend field and that, based off their research, only two players had ever been in contention after making the cut via the 10-shot rule.

“While certainly it can happen, it just doesn’t,” Ridley said. “It’s not relevant that often, and we thought this was a way to sort of tighten things up and have a more predictable field size for the weekend.”