2016 U.S. Open: How Fox Sports Plans to Silence Its Critics at Oakmont 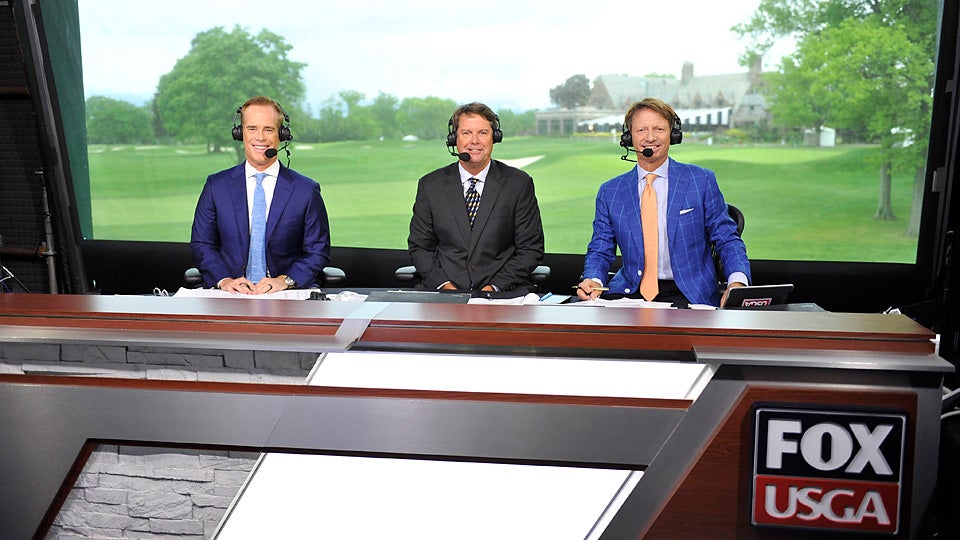 “I refuse to apologize for 2015. That thing could’ve fallen apart 50 different ways 50 different times and it didn’t. It was a great high-wire act, and I’m glad we made it to the other side of the wire.” – Joe Buck, the Fox golf team’s lead announcer, during a recent conference call.

In the aftermath of its inaugural U.S. Open broadcast at Chambers Bay, Fox took its lumps. The most-cited gripes: lack of cohesion among hosts, botched graphics, missing hole information, absence of player reaction shots in climactic moments. Fox did flash potential (more on that shortly), but overall, it looked like a network conducting its first major golf telecast.

That was then. This is now.

“I’ve never been more proud of an event that I’ve covered on television,” Buck said of Chambers. “I’m proud of everything we did, and I know that for whatever we did in 2015, it will be markedly better in 2016.”

Oakmont will stage its ninth U.S. Open, eliminating many of the inherent unknowns from first-time host Chambers Bay. (Also, unlike browned-out Chambers, Oakmont will feature lush grass and trees, which should help Fox cameras with ball-tracking). Since that bumpy broadcast Fox has aired several tournaments, including a U.S. Women’s Open, a U.S. Senior Open and a U.S. Amateur Four-Ball, honing new talent and technology along the way.

The network will head to suburban Pittsburgh with a slew of fresh faces in front of the lens, headlined by new lead analyst Paul Azinger, who steps in after Greg Norman’s highly publicized dismissal. Curtis Strange, a two-time Open winner and the last repeat champion (’88-’89), will debut as an on-course reporter.

“Every golf course is different and has different characteristics,” Mark Loomis, Fox’s coordinating producer, told GOLF.com in a phone interview. “Oakmont is different. Our announce crew is different. We’ve had a year to digest things from a technology standpoint and push things forward.“

Here’s a rundown of how Fox plans to silence its critics in its second U.S. Open broadcast.

Who’s on the air?

Fox will roll out what must be the largest on-air roster in golf broadcasting history. This year a whopping 26-person team will appear on television and digital airwaves:

What are the technological advancements?

Thirteen tee boxes will be equipped with Protracers that illustrate ball flights, and graphical overlays will show carry distances and other key features like fairway bunkers.

On the fourth and 12th holes, Trackman radars will measure club speed, ball speed, launch angle, spin rate and yardage carry figures. Holes 13, 15 and 17 will have cameras built into the teeing ground for distinctive, low-angle views of the players.

Fox also is making enhancements to how it shows the undulations in the greens, which Loomis said is one of the most challenging aspects of a broadcast. Last year Fox graphically added shading to illustrate the wild swales in Chambers’ greens. At Oakmont, Fox will use a combination of shading and a grid system on nine holes (1, 2, 3, 9, 10, 12, 13, 16, 18) to give fans a better perspective of what the pros are facing.

Samsung customers can check out four holes in virtual reality, courtesy of Fox’s relationship with NextVR.

For the second year, Fox will use drone-cams to provide sweeping shots of the course. But unlike at Chambers, all footage will be pre-recorded. “We don’t have a way to use it live this time because there’s nowhere to hide,” Loomis said. “Last year we had the water to hover over and it made for a safe place to fly. At Oakmont, there’s a highway and fans and other things you have to be careful of.“

What’s been done to correct the graphic glitches from 2015?

Fox’s graphics, including the leaderboard, went on the blink early in the opening round last year, prompting Buck to apologize on air. Not a great start. Loomis attributes the problem to a new scoring system that Fox and the USGA were christening. “It wasn’t really the graphics,” he said. “It was the TV interface with the USGA scoring system and their television partner. As much as it seemed odd that Fox came on the air and all of a sudden there was a problem, it was the new scoring system last year that the USGA introduced. And not only Fox but all the television partners that were there lost the interface for a couple of hours.

“We went through the whole summer last year with the U.S. Women’s Open and the Senior Open and we never had that problem again. Hopefully, the issue’s averted. But there wasn’t much to do about it at the time.”

Is there a backup system now in place?

“If the scores aren’t coming in from the golf course, there’s only so much you can do,” Loomis said. “When I started in this business, we had people on the golf course radioing in scores, which were passed from this guy to that guy to that guy and eventually put into the scoring system. You can’t really do that anymore the way we’re set up. You can relay the scores the best you can, but if that scoring system goes down — of all the things in golf, that’s as important as it comes — and when it goes down you’re at the mercy of it. But after a year to wring that out, I’m not expecting it to be an issue.”

How many on-course microphones will be used?

Arguably one of the strongest aspects of Fox’s 2015 broadcast was its use of on-course mics. On the 72nd hole at Chambers Bay, a tiny microphone planted into the rim of the cup picked up banter between Jason Day and Dustin Johnson as they determined who would putt first. Johnson, who was lining up a 15-footer for eagle and the win, proceeded to three-putt. Hearing the players’ conversation on the green gave viewers unique insight into the tournament’s climactic moment. (Also notable: microphones picking up Jordan Spieth calling No. 18 “the dumbest hole I’ve ever played in my life.”)

“We were disciplined enough to be quiet,” Buck said on a teleconference with reporters this week. “It takes a lot of confidence to not talk. I thought our group did a hell of a job with staying out and letting the natural sound from the cup mics transfer over to the audience.”

Last year Fox had microphones embedded into six holes; this year it will plant them in all 18. All told, it will employ more than 200 microphones around the course in hopes of once again using sounds from inside the ropes to augment the telecast.

“A staple at Fox, even before I got here, is the audio,” Loomis said. “It’s certainly something that we’ll continue to push and focus on.”

Who will hold down the main booth?

Buck and Azinger will anchor coverage from the 18th tower, with Faxon playing a hybrid role of 18th-hole announcer and co-analyst in the booth with Zinger. For the second straight year, O’Donoghue will serve as Buck’s backup. Strange also will pop into the 18th hole tower on the weekend before the final pairing tees off; he’ll then follow that pairing on the ground.

What do Azinger and Strange bring to the broadcast that Norman did not?

“Just talking from the Paul side, he has so much experience doing this,” Loomis said. “I worked with him when I was at ABC and ESPN, and he brings a real energy to anything he does. He’s got experience in figuring out the timing in working with everything — people kind of underestimate timing on television, and especially golf, where you’re going from here to there. You have to know, by what you’re seeing, “Hey, the guy doesn’t have a club yet, I have 45 seconds to get into something here.’ Or, ‘Hey, the guy has a club, I have 10 seconds and I have to be quick here.’ That comes from experience.

“Curtis hasn’t been on the ground before, but he also gets the lingo and gets the timing of it. At the Four-Ball, it felt like Joe and Paul and Brad and Curtis had been working together for a long time. With any team, you put together the best group of people you possibly can, and you think to yourself, ‘How can your team get better?’ You have to go through it once to figure out who you are, and then once you’ve done that, it’s figuring out how to get better. I think Paul and Curtis will really help us.”

How will post-round interviews be handled?

At Chambers, Holly Sonders interviewed players as they strolled off the course while also utilizing a clunky, touch-screen TV screen to call up stats from the round. There were awkward moments. At Oakmont, Shane Bacon will conduct post-round interviews and the jumbo TV is gone. Sonders will anchor a studio show.

“Shane worked with us last year and worked with us at the Four-Ball and has done a really good job. I think it’ll be a good role for him,” Loomis said. “As for the touch-screen TV, we’re going to make a little more of an interview area. We wanted to make it interactive, but the reality was that most interviews weren’t long enough to get into that. We were stuck in between, so we decided to move that. Holly will have it up in the studio.”

Sonders will set up the course alongside longtime Oakmont head pro Bob Ford and course designer Gil Hanse. Post-round, Mark Brooks and Brad Faxon will join Sonders to wrap up the day. Sonders and Brooks will handle check-ins throughout the rounds.

Fox’s Sunday coverage of the Chambers Open averaged 6.2 million viewers and pulled a 4.2 rating, a sharp increase from NBC’s 3.0 in 2014 at Pinehurst. (Tip of the cap to Jordan and Dustin.) With the Open back in the Eastern time zone, Fox may not be able to top last year’s figures, but Loomis said that he won’t measure achievements strictly by numbers.

“My goal going into this was to keep getting better,” Loomis said. “We need to make sure the person at home enjoys the U.S. Open. When we’re finished, I want it to feel like we do golf all the time. If you feel like we’re a comfortable listen, we’re a comfortable watch, that we are at the right places at the right time and that we’re giving you the information that you need, that’s what we’re trying to be.”

View the TV and streaming schedule for the 2016 U.S. Open. 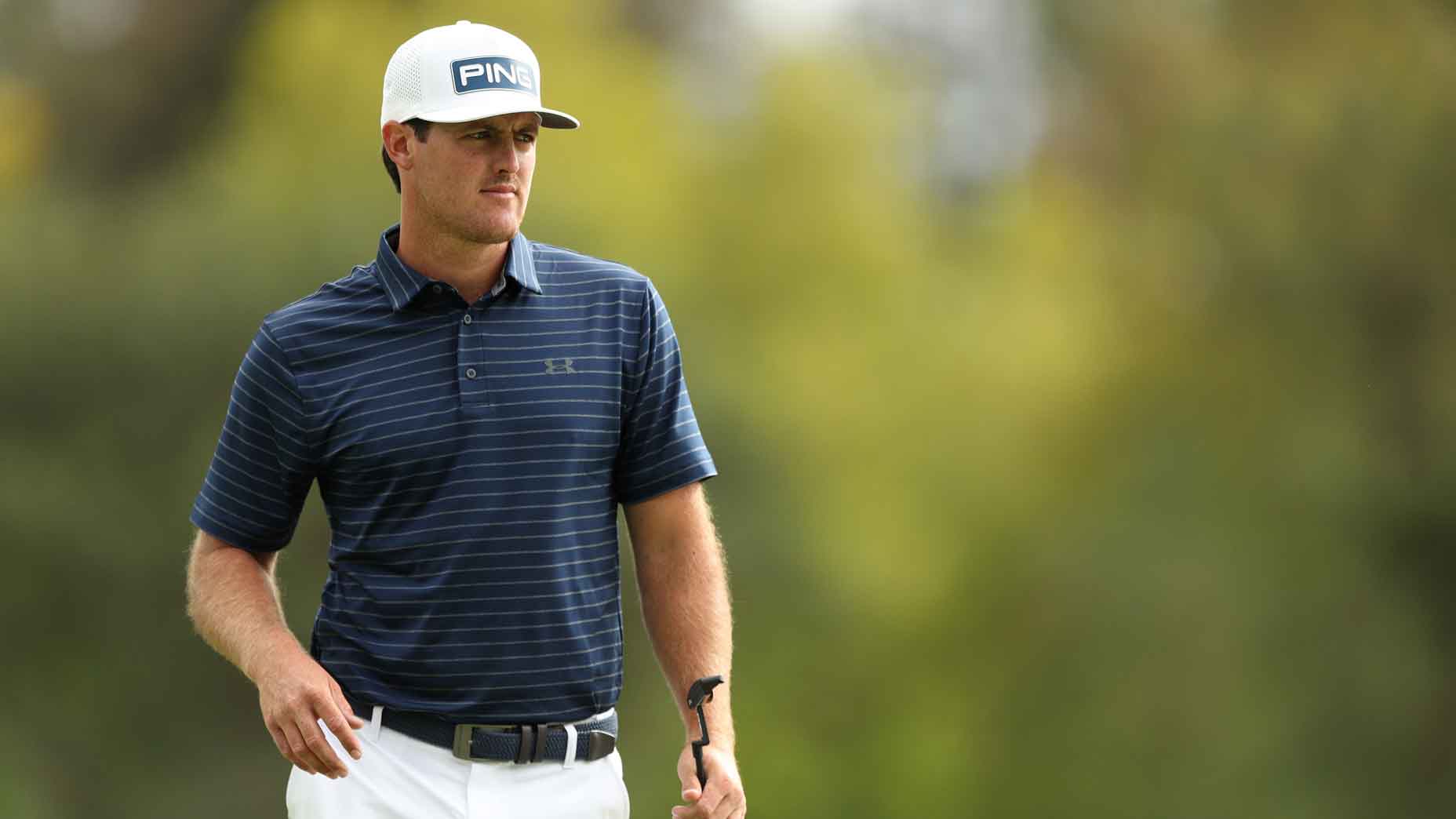 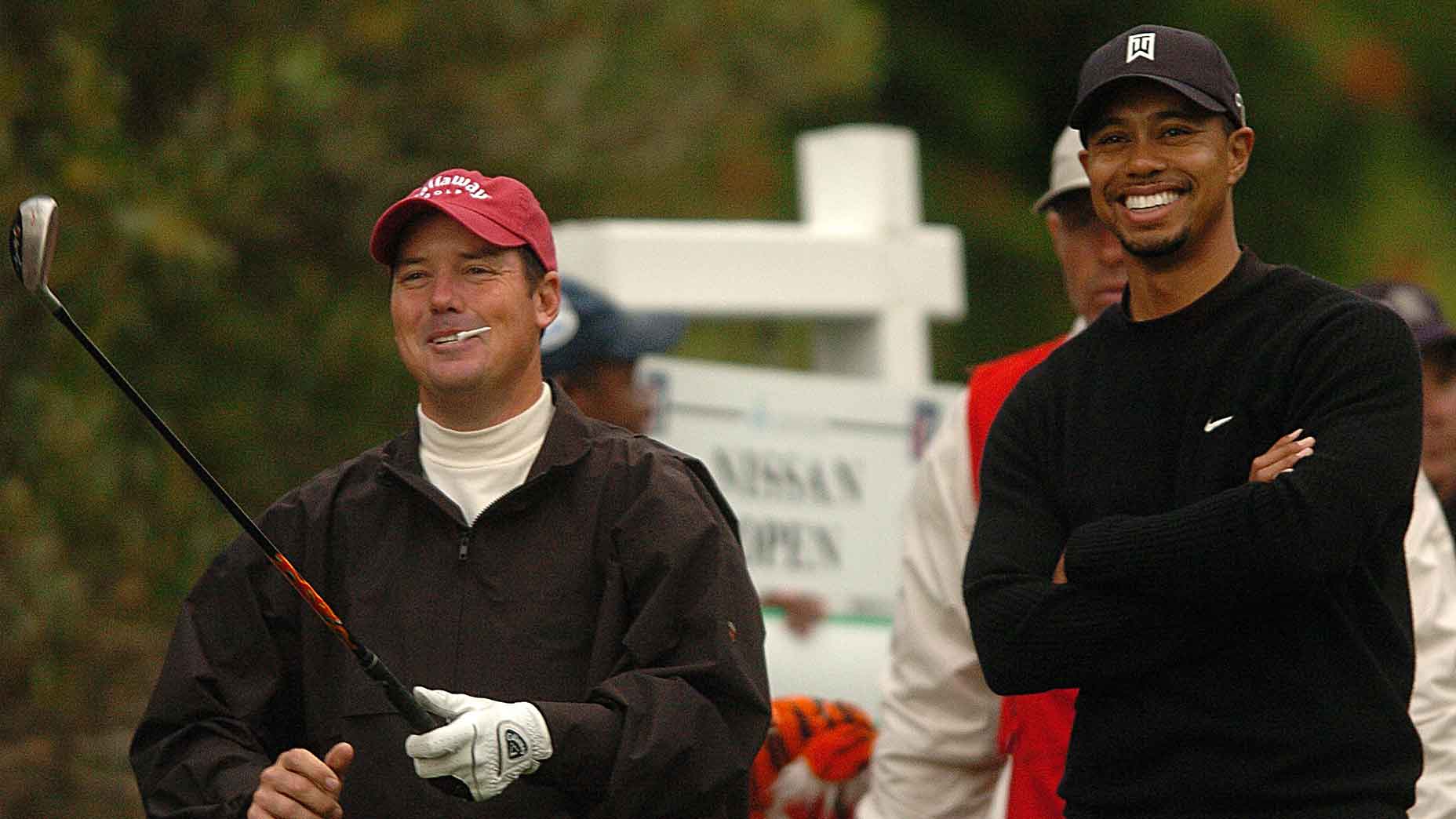