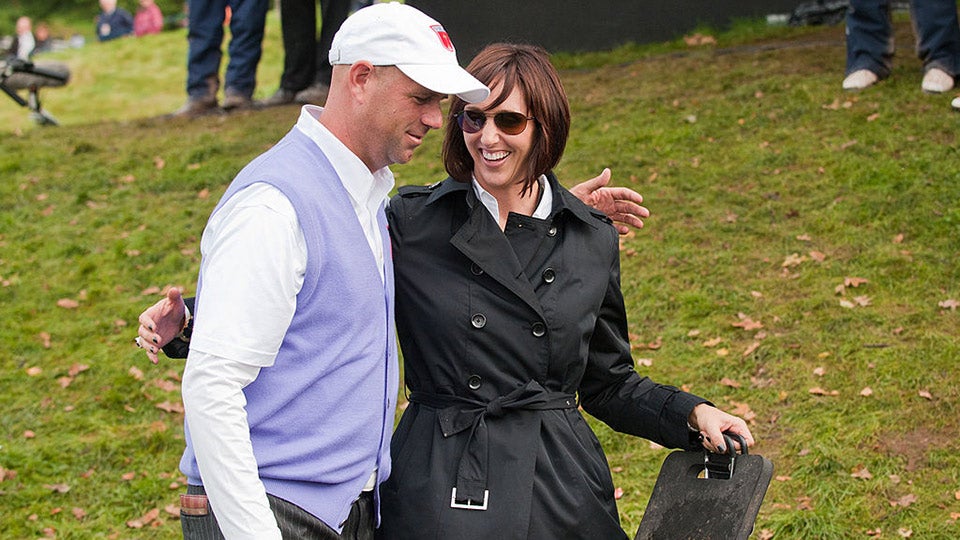 Stewart and Lisa Cink during the foursome matches in session two at the 38th Ryder Cup in October 2010.
Getty Images

Earlier this month, Stewart Cink announced that he would be taking a leave of absence from competitive golf to help his wife Lisa in her battle against breast cancer. But today Cink tweeted that Lisa was doing better and he had made a “last minute decision” to compete in the Dean and DeLuca Invitational.

Cink’s earlier message about his wife’s illness contained no concrete timeline for return, only that he was committed to staying by her side “until circumstances improve for her.” “Hopefully that day will come quickly,” he wrote. It looks like it came faster than he could have anticipated. He tees off at 2:06pm in Fort Worth.

Last minute decision to compete this week @DeanDeLucaInv in Fort Worth. @lisacink bouncing back in her third week of first chemo cycle.

Future schedule uncertain, likely to be sporadic. Mainly plan to be there for @lisacink. Will throw in some events when she’s feeling well.

Chemo treatment Day 1 for @lisacink, gave her a fun sneak preview of some of the latest styles! pic.twitter.com/YYoJc5rtOp