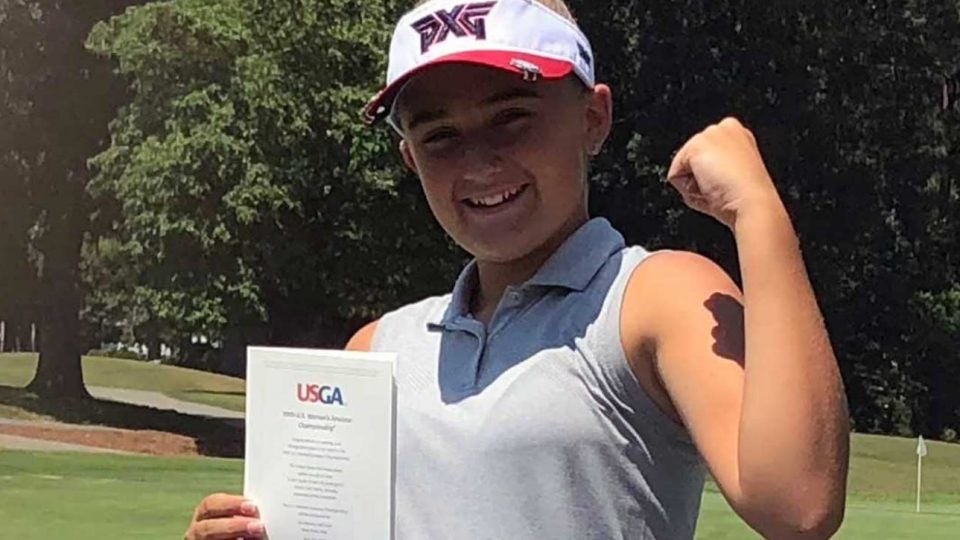 Gianna Clemente just became the third-youngest player ever to qualify for the U.S. Women's Amateur Championship.

If it feels like golf talent keeps getting younger, this year’s U.S. Women’s Amateur Championship will be no exception.

On Wednesday, 11-year-old Gianna Clemente was one of three players to punch her ticket into the country’s most prestigious amateur competition. Clemente played an 18-hole qualifier at Ford’s Colony Country Club in Williamsburg, Va., where she shot a one-under-par 71.

This year’s Women’s Amateur will be contested on August 5-11 at Old Waverly Golf Club in West Point, Miss.

Clemente is the third-youngest player to ever qualify for the Women’s Am. Latanna Stone (2012) and Lucy Li (2013) were 10 years old when they qualified.

Clemente’s golf resume is already loaded with achievements. She started playing tournament golf at age 5, and is a three-time world champion in her age group. She has her own website, and counts 117 (!) victories in her young career. As a nine-year-old, Clemente placed seventh at the Drive, Chip & Putt finals at Augusta, and she was even featured on a Today show segment that spotlighted her fundraising efforts for pediatric cancer.

So what’s next for the young phenom? We’ll have to tune in to the Women’s Am to find out.