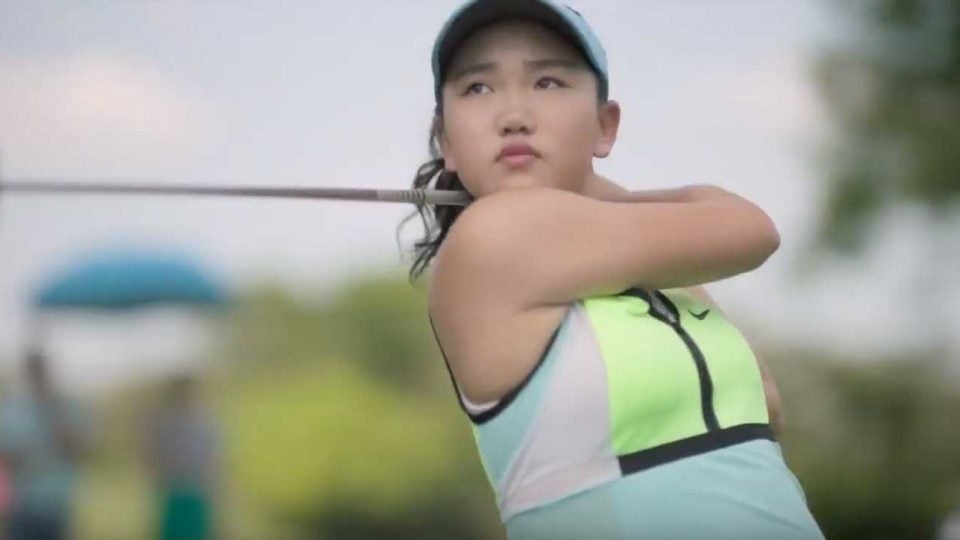 After a full month of waiting, the USGA has decided Lucy Li will not lose her amateur status for appearing in an Apple advertisement in early January.

The governing body released a statement saying so Thursday afternoon, calling it a “one-time warning,” which ensures Li, 16, will be able to play in the inaugural Augusta National Women’s Amateur in early April.

“The USGA has had several discussions with both Apple and the Li family and has confirmed that Ms. Li has neither received, nor will receive in the future, any monetary or non-monetary (e.g., products) compensation for her appearance in the advertisement,” the statement read.

Shortly after the USGA issued the statement, Li sent out a note of her own, saying that she had apologized to the USGA, calling the governing body “like family to me.”

Li, who rose to stardom as the youngest player to ever qualify for the U.S. Women’s Open, was deemed in breach of Rule 6.2. That rule states an “amateur golfer of golf skill or reputation must not use that skill or reputation to obtain payment, compensation, personal benefit or any financial gain, directly, or indirectly, for (i) promoting, advertising or selling anything or (ii) allowing his name or likeness to be used by a third party for the promotion, advertisement or sale of anything.”

The advertisement in question was for an Apple Watch and featured Li playing golf. You can watch it below.

Shortly after the commercial first aired on January 2, the USGA announced they were at “the beginning of the fact-finding stage,” despite the Li family asserting they did not benefit financially from her appearing in the ad.

Li claimed that she was unaware that she was in breach of the rule. In making its decision, the USGA considered that Li was a minor and this was her first time breaching any rule.