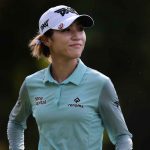 Lydia Ko has been resurgent since breaking her winless drought in April.

At the tender age of 24, LPGA phenom Lydia Ko seemingly has a lifetime’s worth of competitive experience.

After winning twice as an amateur on the LPGA Tour, Ko turned pro in 2014. Between 2014 and 2018, she won 13 times and became the top-ranked player in women’s golf — a position she held for 84 weeks. But after claiming the 2018 LPGA Mediheal Championship, Ko endured a slump. She made changes to her equipment, caddie and swing coach. Still, it was nearly three years before she found the winner’s circle again, breaking through in April to win the Lotte Championship — her 16th career LPGA victory.

Since then, Ko has been resurgent, with two top-11s in her last four events, as well as a T35-finish in last week’s U.S. Women’s Open. This week, as Ko returns to Lake Merced, site of her 2018 Mediheal triumph, she went into detail about how a change in mindset has benefitted her over the past several months.

“I wasn’t putting as much pressure on myself,” Ko said of her breakthrough victory at the Lotte in Hawaii. “But I think the big thing since working with Sean [Foley] was that he said, ‘You know what? Winning is great obviously and you’re going to be super happy when that happens, but that’s not going to make you a better person. It’s not going to be like a life-changing moment just because of that win whenever it comes.’

“And I felt like that was a really good mindset for me to play in,” Ko continued. “I wasn’t putting added pressure, but it was more like when I did win in Hawaii it was just telling myself, ‘Hey, I can do this. I can be back in the winner’s circle.’ It was more proving to myself than other people at that point. I think that’s what’s most important. Even if everyone says, Oh, you’re so bad or, Oh, this and this, I think if you believe in yourself, then I think that’s it. You can just focus on yourself and believe in the work that you’re doing.”

As one of the most visible and recognized players in the women’s game, Ko has endured more than her share of scrutiny. Letting go of others’ expectations and ignoring the noise is much easier said than done. But it appears that, win or lose, Ko’s mindset is already paying dividends when it comes to her inner peace.

“I think it becomes the hardest when you’re doubting yourself and doubting your process,” she said. “I feel like even though I hadn’t won in a while, the last few weeks — the last few months leading up to Hawaii I think I was slowly building up confidence and belief in myself. I think that was the more important thing, and just winning there just kind of put the exclamation mark on that.”