What watchmaking and golf share in common, according to the Omega CEO 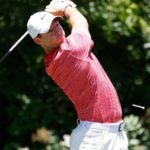 Rory McIlroy watches an approach shot during an event this season.

Collin Morikawa wasn’t the only winner last week at Harding Park — so, too, were his sponsors who benefited from having their logos and products on the newly minted major champion. Among them: Omega, whose Speedmaster ’57 timepiece was on Morikawa’s wrist when he hoisted the Wanamaker Trophy. In an interview with GOLF.com, Raynald Aeschlimann, the CEO and president of Omega since 2016, explained how and why golf is so important to him and his brand, and what it was like watching Morikawa prevail.

GOLF.com: What do you love about golf? How did you first start to get into the game?

Raynald Aeschlimann: For me, I love the similarities that watchmaking and golf share. Out on the greens, you have to carefully consider every shot you make. The precision, the power, the small adjustments that could make all the difference. It’s such a unique sport in that respect. That’s exactly how we work every day at Omega with the timepieces we create. Golf is an art. I just really love the thrill of seeing how it unfolds. My own passion for the game has really come from our involvement in the Omega Masters here in Switzerland. We’ve been the title sponsor since 2001, and being so close to the players for so long, and feeling the excitement of a big tournament has naturally led to a genuine love of golf.

Omega endorses some big names in the golf space, including Rory McIlroy, Sergio Garcia and Michelle Wie. Ever played a round with McIlroy or any of your other ambassadors?

Yes, it’s always a privilege to get out on the course with these guys. We have a really easy-going friendship with all our players, so it’s great fun to spend time with them. I think some of my best personal memories include the Olympic Games in 2016, when Sergio joined us for golf’s return after 112 years. We were there as the event’s Official Timekeeper and that was a really special moment to share. I also love talking to Rory about watches. He’s an avid collector, and his favorite piece is a Speedmaster from 1989 — the year he was born.

Omega is known for its unique and innovative golf-centered commercials and stunts (featuring McIlroy, Davis Love III, etc.) but my personal favorites are the commercials for the 2011 Olympics (here) and when Rory and Sergio dressed up as astronauts and drove a moon rover. How did those spots come to be?

Yes, we love to get creative with our golf promotions. One of my own favorites was in 2018, when Rory McIlroy headed into the Swiss mountains to hit some shots from the “Top of Europe.” With all of these things, we simply want to capture people’s imaginations and take golf beyond the course. Omega has such a rich history, so we usually spend some time thinking about how we can align our brand with the sport. The moon rover day with Rory and Sergio is the perfect example. As you know, the Omega Speedmaster became the first watch worn on the moon in 1969. For the timepiece’s 60th birthday, we thought about some creative ways to tell that story. Putting the players in astronaut suits was a cool way to tell our heritage, but also grab the attention of the golf community. With social media these days, our marketing has a really far reach, and the feedback always proves to be fantastic.

What were your main takeaways from the the PGA Championship last week?

Without the spectators, it was certainly different to the majors we’re used to. But I was so impressed by how competitive it was. The leaderboard was so close going into the last day, and there were so many potential outcomes right up until the end. For the first major of the year, it was a dramatic tournament to watch. Some of the players mentioned the importance of hitting the fairways on that course, because if you went in the rough, it was difficult to get out. So it was a major where being precise was clearly a big advantage.

It must have been fun for you to watch the players you work with competing in a major again.

To be honest, I was just thrilled to see them all back out on the course again enjoying a major tournament. Of course, to see Collin win was really special. He joined Omega only recently, and we knew he was an exceptional talent. This was only the second major he’s played in, so it was a remarkable way to begin our partnership. Special mention should go to Tommy Fleetwood as well. He put himself right in contention with that incredible second round.

Both the guys went into the final day in a great position, and we always love to watch our friends pushing for the top. It adds a little bit of drama and tension for us. I’m proud of all our guys for being there and being part of quite a memorable and historic PGA Championship.