Memorial Tournament bets: Who a gambler and experts are picking this week 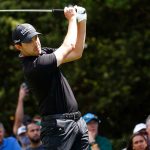 Patrick Cantlay won the Memorial in 2019.

At this week’s Memorial at Muirfield Village, who does the journalist, betting analyst or data guru like? Or the caddie? Or the old-school gambler? Gimme the facts, storylines and trends. Gimme that inside-the-ropes look. Gimme your gut feeling.

Our hope is to help you with your own weekly picks, whether those are for a low-stakes office fantasy league, (legal!) big-bucks bets with a sportsbook or through free-to-play Chirp Golf presented by Cooper Tires, an app from our parent company that is available in the App Store and at Google Play.

Bet 1: Patrick Cantlay, top 5, +400. Decent odds for a top-5 bet here. The former champ will be around the top of the leaderboard.

Bet 3: Dylan Frittelli, top 20, +700. I remember his excitement over meeting Jack on Sunday last year. I see him wanting to stick around this year, too.

Bet 1: Xander Schauffele, top 10, +150. Xander finished juuuuuust outside the top 10 the last two years here, so naturally that means this is the year he breaks through. It’s about time he contended again!

Bet 3: Jason Day, top 20, +188. Day has been a little off over the past few months, but I’m banking on the return of some good vibes this week. He’s back on familiar ground in Ohio and was T4 here last year. Feels like it could be just what he needs for a little mid-season pick-me-up.

Bet 1: Tony Finau, top 10, +220. Tony Finau looked like he was going to win this event last season before crumbling down the stretch. Top 10 Tony has all of the skills necessary to win at this course and I think he will bounce back this year with another strong showing. He’s 13th on Tour in SG: Approach and 13th in SG: Around the Greens. He may win this week, but we’ll stay conservative and see if we can cash in on yet another high finish.

Bet 2: Corey Conners, -130, over Scottie Scheffler, full tournament head-to-head matchup. Conners’ iron play and approach game is the superior of the two here and I believe that will lead him to victory in this head to head. This course also sets up very similarly to Innisbrook, home of the Valspar Championship, where Conners recently finished 21st. In his last 10 starts, Conners has four tops 10s and three top 20s. I expect him to compete admirably here this week.

Bet 3: Justin Thomas, -120, over Bryson DeChambeau, full tournament head-to-head matchup. Thomas has been slightly off since winning the Players, but I feel like he’s ready to get hot once again, and at a course where he’s had success, losing in a playoff last season at the Workday when Muirfield Village hosted back-to-back events. He also took 2nd at the Zozo Championship in October at another similar Nicklaus course, Sherwood Country Club. Conversely, I think there is a chance DeChambeau is a bit distracted with all that has been going on in his world the last couple of weeks. Bryson won here in 2018 but the golf course has been tweaked a lot since then, and I’m not sure it is the best fit for his game right now — or his current form.

Bet 2: Patrick Reed, top 10, +275. While DeChambeau and Koepka feud to see who is the bigger bad guy, the original PGA Tour heel is being forgotten.

Bet 3: Patrick Cantlay, top 10, +150. A former champion here and no player has gained more strokes on Nicklaus designs over the last 24 rounds.

Bet 1: Charley Hoffman, -114, over Cam Smith, -114. Hoffman is still on his run and the vastly superior ball-striker, which is highlighted at Muirfield Village. Hoffman doesn’t have a tremendous record here but has made a ton of cuts, while Smith has never shot in the 60s in five appearances. This will be Smith’s first start since the PGA and it might be a big ask to recalibrate the mullet straight away.

Bet 2: Xander Schauffele, top 5, +400. Want to take him to win as the winning elephant feels like it’s getting bigger and the monkey heavier, with a Torrey Pines home game up next. Sometimes when you’re a little uncomfortable you play better. Either way, it’s time to rev up the engines on a course where he has three top 15s.

Bet 3: Tony Finau, top 10, +188. Comfortable course for Finau with five of six cuts made, four of which have been top 15s. In the midst of a mini run since the Masters, both Tony and Jack know about high cut shots. If only Tony knew more about Jack’s ability to close.

Bet 2: Rory McIlory, top 5, +400. Few players swing more wildly in their showings. I’m wagering on this being a week where it all clicks.

Bet 3: Jordan Spieth to miss the cut, +375. Hate to bet against Boy Wonder, but if his ball-striking is anything like it was this past Sunday, not even his Houdini act is going to save him.

Erick Lindgren. Lindgren, the 2008 World Series of Poker Player of the Year, has won more than $10.5 million in poker tournament earnings and is an avid sports bettor. @EdogPoker

How to bet on the Memorial Tournament — for free!