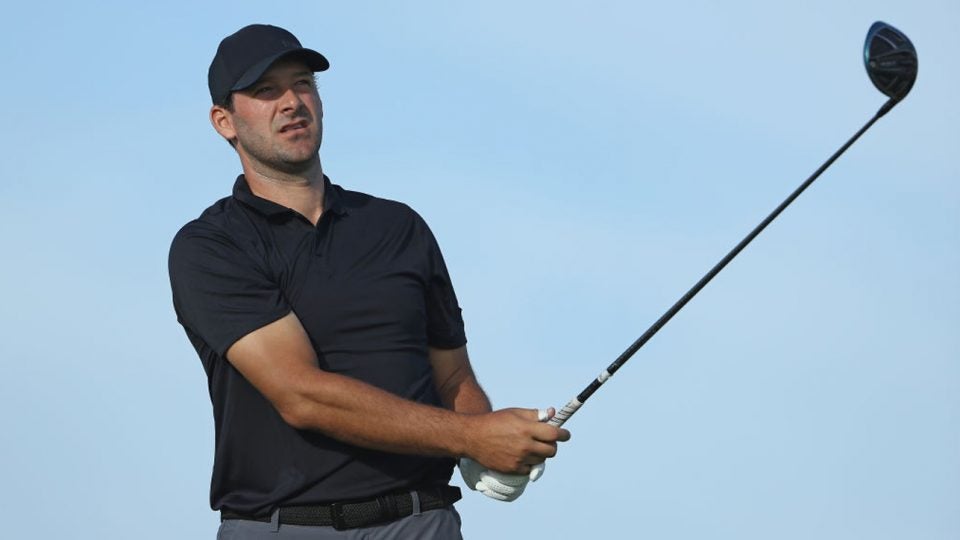 Former NFL quarterback Tony Romo will be calling his first Super Bowl for CBS alongside play-by-play man Jim Nantz on Sunday night when the Los Angeles Rams and New England Patriots face off at Mercedes-Benz Stadium in Atlanta. When not in the broadcast booth, the former Pro Bowler and Dallas Cowboy can frequently be seen playing golf. Here are Romo’s top five golf moments. 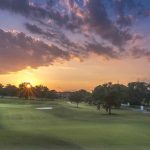 You may also like Atlanta’s best public golf courses: Where you can play in Atlanta for the Super Bowl

Whether it’s at the U.S. Open or at an amateur event, winning a golf tournament by nine shots is incredibly impressive. Well, that’s what the 38-year-old Romo did this past summer at the Racine Tri-Course Amateur Championship in Wisconsin. Romo finished at 5-under 208 for the 54-hole tournament, with his best round coming on the first day with a 3-under 68. It was actually his second time winning the event, which he won for the first time back in 2004. Playing one of the three rounds on his home course at Meadowbrook Country Club probably helped too.

One week after Romo was victorious in Wisconsin, he followed it up with a come-from-behind win at the American Century Championship in Lake Tahoe, Nevada. It was his first win in the event after finishing second at it three times in seven appearances. Because Romo played the celebrity tournament as an amateur, his $125,000 first-place check from the $600,000 event purse was donated to charity. Winning golf tournaments and helping make a difference; not too bad for Romo.

Last March, Romo made his PGA Tour debut after accepting a sponsor’s exemption for the inaugural Corales Puntacana Resort & Club Championship in the Dominican Republic. However, it didn’t go too well for Romo. He shot an opening round 77 before a  second round 82 to miss the cut and finish in last place in the tournament. Nevertheless, being able to make an appearance and play in a PGA Tour event is a big-time achievement.

4. Romo finishes in the top 30 at a Web.com qualifying tournament and participates in PGA Tour qualifying.

This past fall, Romo advanced to the first stage of a PGA Tour Web.com qualifying tournament, where he finished in the top 30 in the field against 86 other golfers. As a result, he advanced to the first of three stages of PGA Tour qualifying. However, reality struck Romo once again as he struggled and finished in the bottom half of the field. Yet, it was another step closer for Romo towards his goal of making it as a professional golfer.

5. Phil Mickelson uses Romo to get under Tiger Woods’ skin.

Phil Mickelson has tried, successfully and unsuccessfully, to get into Tiger Woods’ head as they have competed against each other over the years. And one time, it included utilizing Romo himself. Romo was Tiger’s playing partner at the Pebble Beach Pro-Am in 2012. Mickelson and Romo were seated together at a dinner hosted by Nantz the night before the final round, and Lefty knew that it would annoy Tiger that he and Romo had hung out. And Romo knew it would too, as he told his caddie to not tell Tiger about the dinner.

But Lefty had other ideas. As the three of them were walking off the first tee the following day, Mickelson yelled out that he loved dinner and had so much fun with him. According to Phil, Tiger turned and stared at Romo. Lost for words, all Romo could say was that it was totally random the two hung out. Romo was just the latest golfer to fall for Mickelson’s notorious mind games.