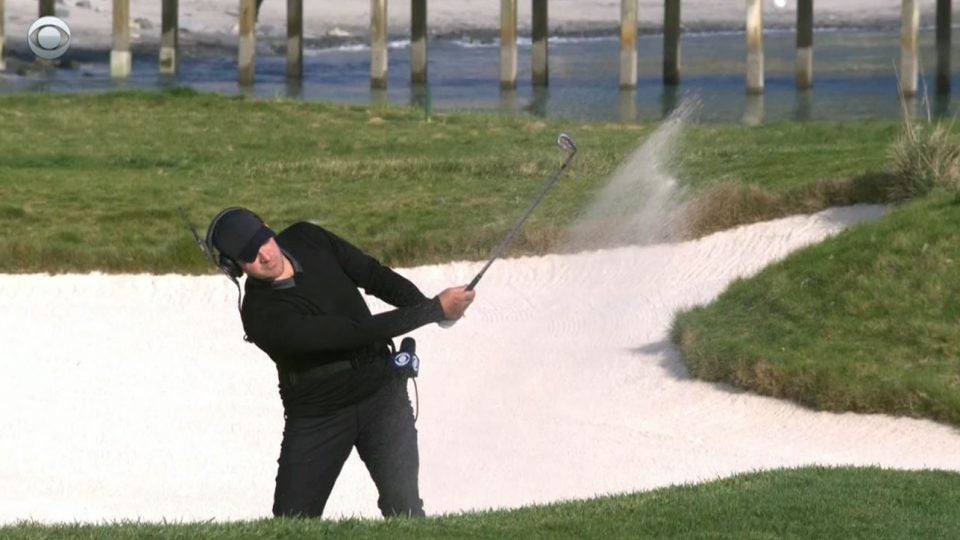 Tony Romo’s PGA Tour career might not last much longer than his sponsor’s exemption next month, but he’s already proven ready to take on a broadcasting role.

Romo is playing the AT&T Pebble Beach Pro-Am alongside Will Zalatoris and suited up with some broadcast gear while playing the 17th hole Saturday. Yes, that meant full headset, microphone, everything. As he set up over his greenside bunker shot, Nick Faldo weighed in on the stance. Romo splashed out to 12 feet, grinned and grabbed the mic to let the 6-time major-winner know his own thoughts

“It’s a different sand, Nick,” Romo quipped, joking about how the shot required a flatter stance. Check out the hilarious video below.

Those wanting more Romo on the golf course can find him playing the Corales Puntacana Resort & Club Championship in March, an opposite-field PGA Tour event.