Michael Phelps is the most decorated athlete in Olympic history, with 28 total medals (23 of which are gold), and is widely heralded as one of the greatest athletes of all time.

Phelps is also avid golfer, and a vocal supporter of the game on social media. He memorably starred in Golf Channel’s The Haney Project, and is a frequent Tour Pro-Am invitee. So it should come as no surprise that Phelps was onsite on Sunday at the Masters. In fact, he made headlines by appearing in the broadcast with a front-row seat to Tiger Woods’s tee shot on the 16th hole.

Tiger saying “come on” to his ball is a thing of beauty. Vintage Tiger Woods. 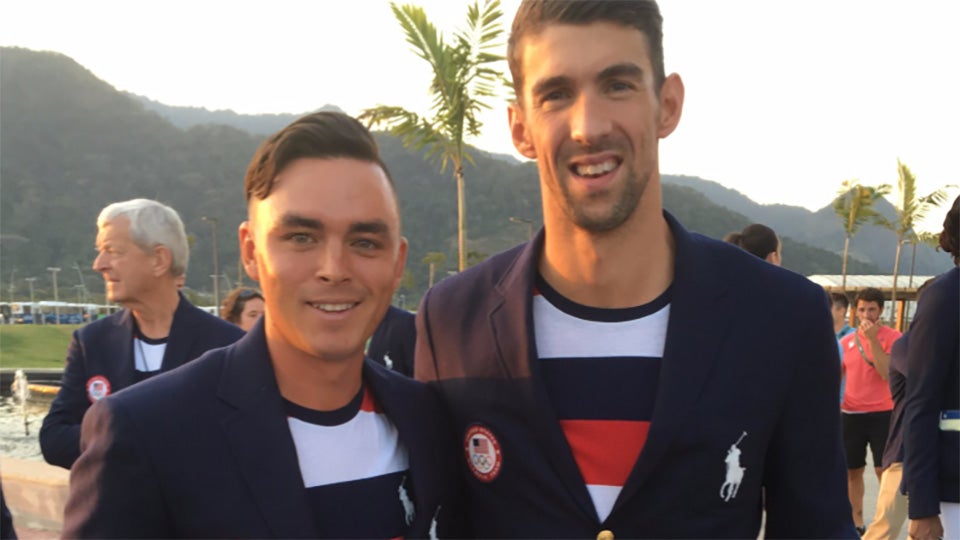 Woods memorably closed the deal to claim his fifth green jacket and 15th career major championship, and the golf world is still buzzing. In fact, during Michael Phelps visit to NBC’s Today, the first thing he was asked about was what it was like to watch Tiger win the Masters.

“My first time going to the Masters this year, so we got very fortunate to have some pretty amazing seats,” Phelps said. “We met some nice people that offered us a chair to sit next to them at some pretty cool spots. That was one of probably the coolest shots and coolest things I’ve ever seen live in sports, and definitely in golf. Just watching Tiger come back. Watching him being able to do that, get back on top of the mountain.”

High praise, indeed. The best part of Phelps’s appearance, though, was at the end, when he was asked about the swimming prowess of his two young sons.  “[Boomer] does have a good kick,” he said of his oldest son. “The boys are fearless in the water, they love being in the water, they love swimming, so who knows. I’d rather have somebody winning the Masters.”

You can watch the clip of Phelps’s full appearance below.