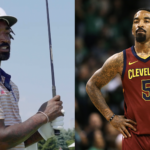 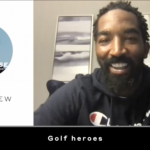 Off Course with Claude Harmon: JR Smith on his golf heroes 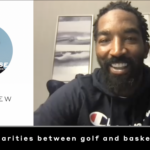 Off Course with Claude Harmon: JR Smith on the similarities between golf and basketball 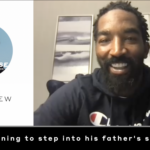 Off Course with Claude Harmon: JR Smith stepping into his father's shoes

You might not expect playing in the NBA to have too many similarities to Div. I NCAA golf, but J.R. Smith has found some.

“Being a shooter, my touch [translates to golf],” the former NBA star told GOLF.com in the video you can watch above. “You have to be able to recreate some of the same shots over and over and over again. And have different shots in your arsenal.”

Smith drew other comparisons between golf and basketball.

“For me, I liked to shoot off balance,” he said. “So I used to lean left, right, forward, back, off one leg. Left leg, right leg. And in golf we got sidehill, downhill, uphill. So many different ways to play the shots. For me it just makes it easier.”

Smith, who is a 4 handicap, also explained why so many athletes are drawn to golf, and him enough to go back to college to compete at it.

“It’s a sport you can’t conquer,” Smith said. “Being able to hit a shot perfectly one or two shots a round is really what keeps you coming back.”

For more from Smith, check out the video above.

Jack Hirsh is an assistant editor at GOLF. A Pennsylvania native, Jack is 2020 graduate of Penn State University, earning degrees in broadcast journalism and political science. He was captain of his high school golf team and still *tries* to remain competitive in local amateurs. Before joining GOLF, Jack spent two years working at a TV station in Bend, Oregon, primarily as Multimedia Journalist/reporter, but also producing, anchoring and even presenting the weather. He can be reached at jack.hirsh@golf.com.