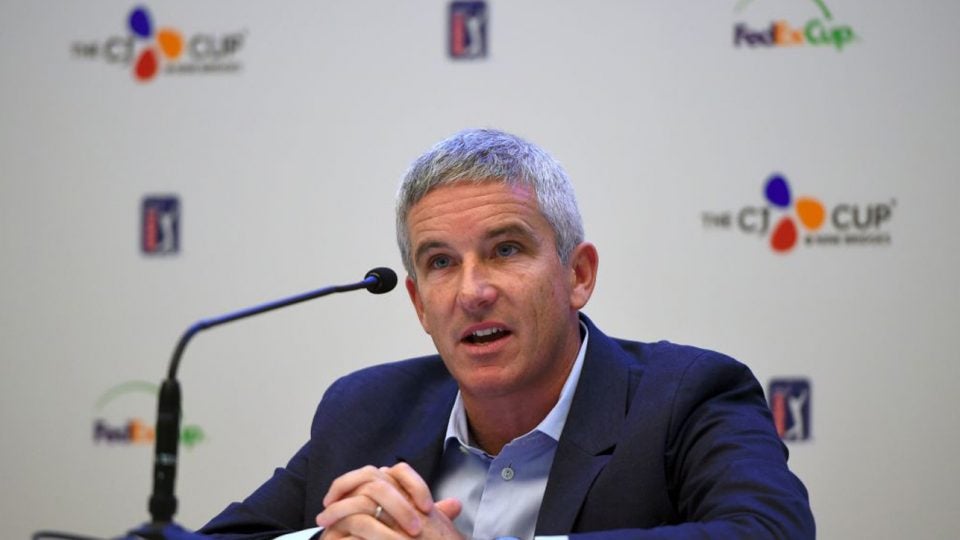 Jay Monahan has been a consistent supporter of legalized sports betting.
Getty Images

PGA Tour commissioner Jay Monahan doubled down on his support for the legalization of sports gambling on Saturday during his annual roundtable discussion with the media at the Sentry Tournament of Champions in Hawaii, stating that sports betting and gaming will lead to more interest and investment in the sport of golf.

“Where we are from a gaming standpoint, I’ll break it down to two points. We have for the last couple of years put all the systems in place from an integrity program to monitoring program to our ShotLink technology in place so we can be in a position to participate,” Monahan said. “The reason we would do it is because we think gaming leads to more engagement.”

Since the U.S. Supreme Court struck down the federal ban on sports betting last year, Monahan and the Tour have shown an openness to the new reality that is legalized sports gambling. Additionally, the Tour has previously announced its support of legislation that was introduced last year to provide federal oversight of sports betting.

Monahan said that he expects sports gambling in golf to be a “second-, third- or fourth-screen experience,” meaning that fans would follow any potential bets alongside the actual tournament broadcast.

Monahan admitted during his press conference on Saturday that the side bets made between Tiger Woods and Phil Mickelson during and before The Match made the event a particularly interesting experience for himself. He did not, however, place any money on the showdown between Tiger and Lefty back in November.

“The one thing that I thought was interesting was at their press conference when Phil challenged [Tiger] to a first-hole birdie wager,” Monahan said. “To me, I was really interested in that as much as I was anything else. Obviously, it was a match and it was between the two of them, but it was an interesting way to start out the day.”

In an interview with USA Today last April before the Supreme Court struck down the federal ban on sports gambling, Monahan said that the Tour supports the legalization of sports betting and would move to take advantage of “opportunities” for the Tour.

“The point some people will make is that we are now actively supporting legalized gambling,” Monahan said. “Well, yes, we are.”