All eyes (okay, some eyes) in the golf world will focus in on the Dominican Republic this Thursday, where Tony Romo is making his PGA Tour debut at the Corales Puntacana Resort and Club Championship. Romo’s first crack at golf’s top circuit also implies golf bettors’ first shot at Romo, and at least one site, BetDSI, already has some prop bets on how he’ll fare. Romo will be playing as an amateur, so he won’t be able to win money, but you likely have no such restrictions at home!

Even better news: GOLF.com has gifted me 1,000 imaginary dollars to spread across Romo’s plays this week. Relying on base intuition and a touch of research, I’ve dug in my heels and put together your comprehensive guide to Romo’s week. I suggest you play along with imaginary dollars of your own. Here goes:

The play: $0 to win $0. If you want to toss cash to the house so you can root for Romo to make the cut, feel free, but I can’t endorse it. That’s your hard-earned money!

2. Tony Romo’s score on Hole No. 1 during first round

The take: Until tee times are released, we won’t know if Romo is off No. 1, a 433-yard par 4 with water down the right that played as the 10th-hardest hole at last year’s Web.com event held on the same course. He may fare better if he goes off No. 10 to start and catches No. 1 in the middle of his round. Our most recent sample from competitive Romo suggests he may not be a hot starter: at a North Texas mini-tour event he started bogey-quintuple bogey before settling into the round.

3. Tony Romo highest score in any round

The take: For Web.com tour pros, this was a very easy course the last two years. Last year’s cut was five under par, while in 2016 it was even tougher at 6 under. Nate Lashley shot 20 under to win in 2017, while Dom Bozzelli shot 24 under in 2016. In 2016, nobody in the entire field shot worse than 78; last year was tougher as two rounds were recorded in the 80s. I think it will be set up tougher this year, but still — Romo is a heck of a competitor. I think he battles it out and breaks 80 both days, like Steph Curry before him.

4. Tony Romo lowest score in any round

The take: Can Romo match either of Curry’s 74s from last year’s Ellie Mae Classic? The Puntacana Resort is a par 72, which means this requires Romo to shoot three over or better. I think he does it, barely, with a 75 in the first round. The forecast is relatively mild for Thursday, and if he can get off to a reasonable start, there are clearly some low scores waiting out there. 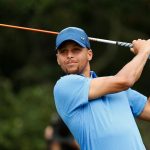 The take: Romo will, at some point Thursday or Friday, make at least a 7, earning a push on this prop. Will he make an 8? It’s worth a shot, especially if you enjoy rooting against this sort of sponsor exemption.

The take: Something seems wrong here. Assuming he misses the cut, Romo would have to make 10 birdies over two days. Ten birdies?! Get outta here.

The take: If Romo has one clean round with say, two bogeys and a double, this number will be tough to get to. I see Romo making quite a few pars and staying just under this number.

The prediction: Romo shoots 75-79. Feel free to Venmo me a share of your winnings.