The Mannings, The Bachelor and ‘The Great One’: The 7 best celebrities to watch at the AT&T Pebble Beach Pro-Am 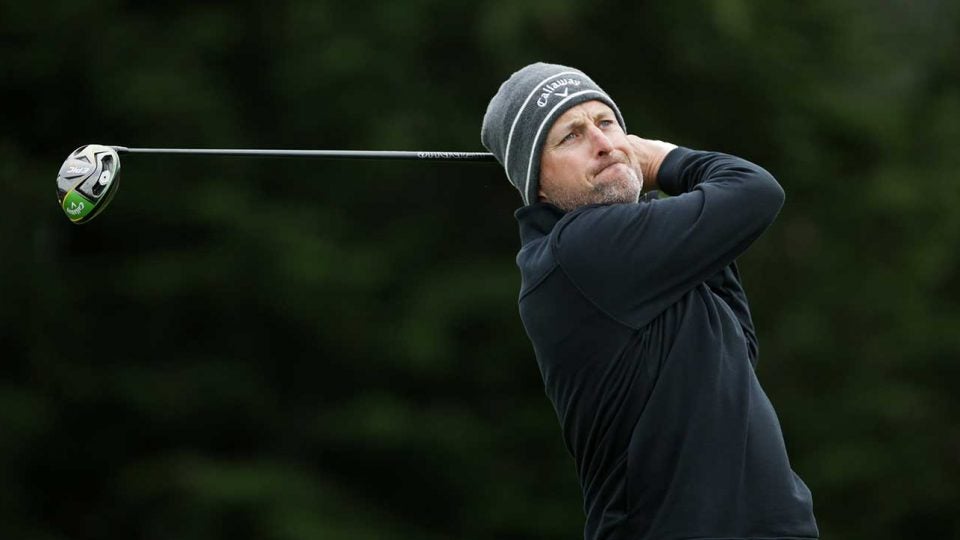 Country singers, football players and The Bachelor, oh my! Some of the world's most recognizable faces head to 17-Mile Drive this week for the annual AT&T Pebble Beach Pro-Am.
Getty Images

When you really think about it, there are some similarities between golf and “The Bachelor.”

We’re certainly not arguing the stress of a rose ceremony compares to what you feel while standing over a match-deciding six-footer (let’s be honest, a rose ceremony requires MUCH more than nerves of steel). But we are asking you at least consider it.

There’s pressure to perform at a consistently high level, competition against yourself and others, and necessary skill to operate with efficiency and tact in a landscape loaded with hazards. All these characteristics are applicable across both environments.

It stands to reason, then, that Bachelor host Chris Harrison would be a natural among the celebrity competitors in the field at this week’s AT&T Pebble Beach Pro-Am.

Harrison is a self-professed golf addict, even hosting a podcast with former NBC lead analyst Johnny Miller. His Instagram is a treasure trove of photos and videos diagramming his golf obsession (a two-for-one, if you’re a golf-loving “Bachelor” fan).

When life gives you a pond…you hit out of it. I think that’s the old saying. And yes I drained the par putt! Happy Friday @callawaygolf @travismathew

But Harrison isn’t the only celebrity contestant in the field at this week’s event, here are the best of the rest.

The recently retired QB is likely making a beeline to the Pro Football Hall of Fame in Canton, Ohio. But first, he’s heading out to Monterrey Peninsula to participate in this year’s Pro-Am. Manning is an avid golfer and frequent visitor at many of the Hamptons’ most famous tracks during the summer months.

Of course, should he stay in contention, we have little question about his ability as a pressure performer. Manning led 27 fourth-quarter comebacks in his NFL career, including a pair of come-from-behind victories in the Super Bowl. Now, if he can stick his ball on the greens at Pebble as well as his receivers can to their helmets, he’ll be in good shape this weekend.

Eli’s forgotten older brother, Peyton, is also in the field this week.

Of course, we’re kidding. The NFL’s preeminent forehead has already had an impressive second act to his football career with more than a few ties to the game of golf. Peyton is an investor in what might be the hottest track in golf, Sweetens Cove (as well as the origin of the club’s unofficial motto, “carrying my bag, playing nine holes, God bless America”).

He enters the week with a strategic advantage at Pebble, having traveled to the course over the summer while filming his ESPN+ show “Peyton’s Places.” While he’ll have to advance from Jim Nantz’s backyard par-3 to the real thing at Pebble, we imagine he won’t have a problem managing the heightened mental challenge.

Apparently, Groundhog Day ended early for Murray, who we’ll assume is leaving Punxsatawney Phil in Pennsylvania. Murray, of Caddyshack fame, is back in the event this year after missing the cut in 2019.

The country music star’s golf fame might be most closely associated with being on the receiving end of Phil Mickelson’s epic wedding trash talk, but he’s a legit player in his own right.

Owen briefly pursued a career as a professional golfer before pivoting to his current profession. He and Jordan Spieth finished T10 at least year’s AT&T. 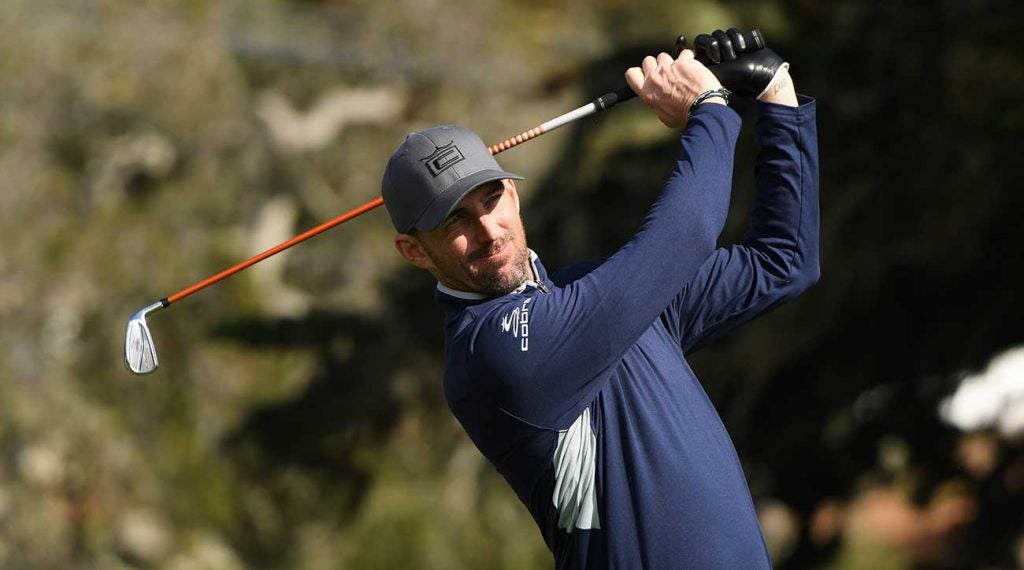 Even as Jake Owen's music career has taken off, his passion for golf has remained.
Getty Images

More often than not, Kelly Slater’s time away from surfing professionally at age 47 and being one of the world’s most impossibly cool athletes comes on a golf course.

Slater played the 2015 AT&T as a 3-handicap and was once called the World Surf League’s “most prolific golf geek” by the surf publication Stab Magazine. He even drew Adam Scott’s praise last year, with the Aussie saying that Slater’s golf game inspired Scott to lift his own game.

He’s “the great one” for his hockey career, but his golf career could probably earn him the title “the good one,” especially considering he never had formal golf training.

Gretzky told GOLF in 2016 that he’ll probably never be a scratch golfer, but he also won’t have to be a plus-handicap to stay in contention playing next to Dustin Johnson.