A Round With … Amanda Balionis: The CBS broadcaster talks taking criticism in stride, embarrassing moments and the pain of grip changes

In reality, I’m a beer girl! But I felt like we were in too classy of an establishment for me to be like, “Could you get me some Coors Lights?” [Laughs]

You’ve done a fantastic job on camera with both CBS and Callaway, and you’re very active on social media. Your feedback is generally very positive on those platforms, but do you pay much attention to what you read online?

I do look at it. I’ve always been a firm believer that social media is the best way to get direct feedback from the people that you’re really trying to reach. So if I open up my Twitter or Instagram feed and a bunch of people are commenting, “Oh, she’s talking so fast,” or, “That was an awkward question,” I try not to get defensive over it; I try to really take it to heart and be like, okay, maybe that’s something I need to keep in mind.

A lot of people on TV say that they have a really difficult time watching themselves. Is that the case for you?

It is brutal for me to watch myself, to listen to my questions, and maybe that’s because I know I’m my own toughest critic. I’m never going to watch something and be like, “Oh, nailed it.” So yeah, I watch myself when I have to. But generally, I ask other people to watch and tell me what I need to work on. You appear to have a great rapport with the PGA Tour players you interview. Ever had an embarrassing moment?

Yes. The one that sticks out to me the most was my first year with PGA Tour. I went to the Tour Championship, and at that time, I wasn’t really well-versed on a lot of these players. There are 30 players in the field, and I decided to write a full notecard on every single one. So I do a terrible interview with Dustin Johnson. I misread my notes. I wrote down something about it being his third Presidents Cup and it was his first. He wasn’t even old enough, really, to be in his third Presidents Cup. And he’s looking at me, and I’m looking at him, and then he walks away. And as I am just about to shrivel up in a corner, my producer in my ear goes, “Hey, Phil Mickelson’s behind you. We need you to interview him.” And I had never talked to him, and that terrified me. So I turn around. And he walks up, and I’m visibly shaking, and I look right in the camera and I say, “Thanks, Phil. Guys. You’re Phil!” And I’m hoping he laughs, and he does not laugh. He just looks, like, who is this girl? And we got through the interview, it was totally fine. But that was a big life lesson: Keep it simple, be confident in what you know and don’t try to do too much.

Word on the street is that Peter Kostis is giving you golf tips. How’s that going?

Peter actually changed the grip that I’ve had since I was nine years old, which is a hard thing for me to be okay with. But he’s Peter Kostis, so if he’s telling me I need to change my grip, I need to! But being with Callaway, I get the best equipment, and everyone there is a fanatic. I literally have no excuse now not to work on my game. I do want to get better. I’m too competitive to be okay with where my game’s at right now. 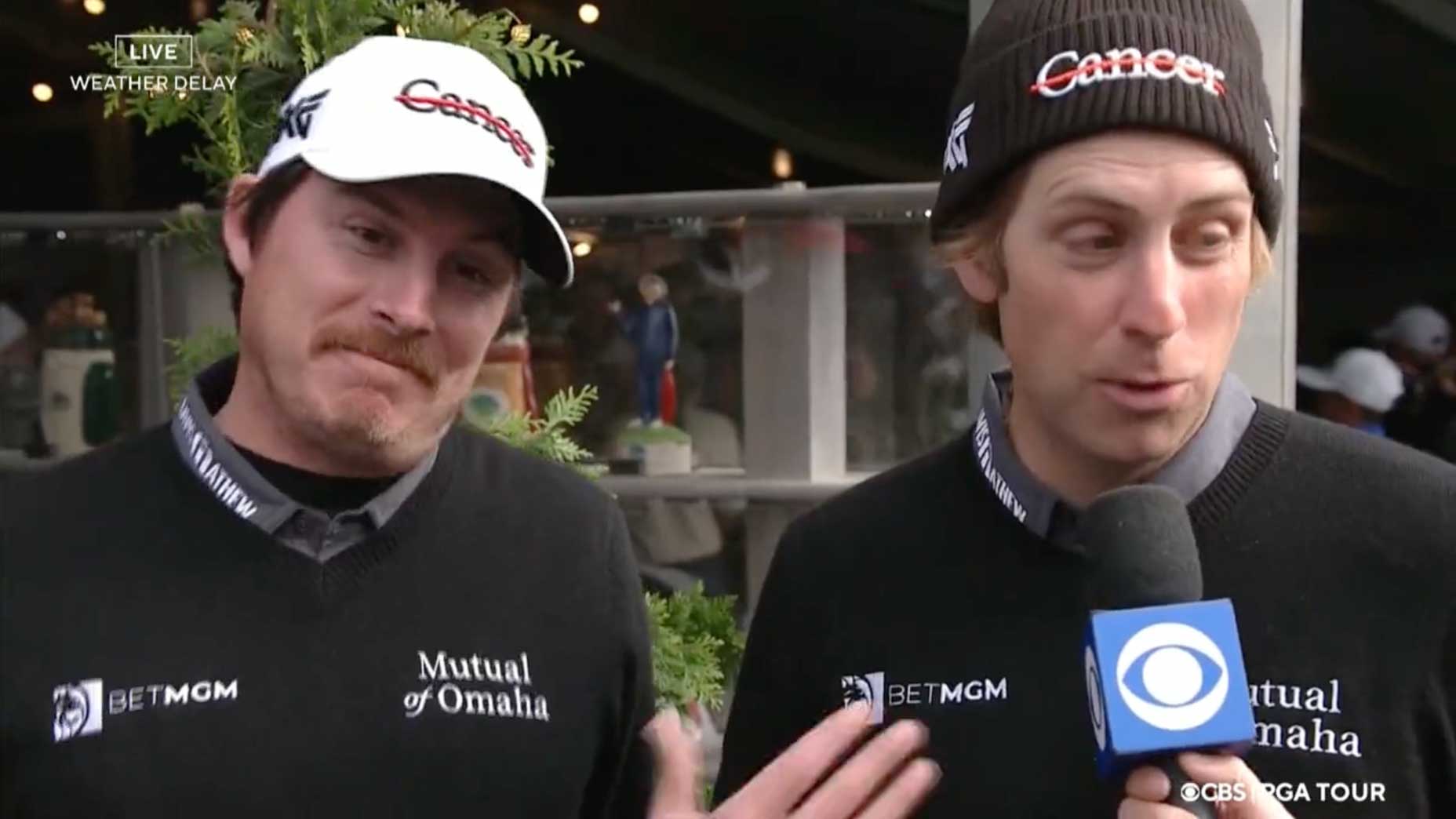