Zombie practice is one of the concepts in Jon Sherman's interesting new book.

Therein lies the problem which we’ve all become familiar with: How do we actually get better at golf, but with less time to practice?

That’s the central question that led to Jon launching his website Practical Golf, and the motivation for his new book: The Four Foundations of Golf (which you can buy on Amazon right here).

Jon doesn’t write from the perspective of a coach, but rather, a player. One who has transformed himself from an “okay” single-digit golfer in high school to a plus-two handicap while practicing less. It took a lot of trial-and-error, Sherman says, but now, he’s ready to share what he’s learned.

“I went through a 10-year period of just being a super unhappy every time I played,” he says. “I’ve been victim to all the myths in golf, I’ve made so many mistakes. I hope this book will help other golfers avoid that.”

The end result is a clever, useful read that will undoubtedly leave an impression on golfers who read it. There’s no talk of swing philosophies in here — Jon remains agnostic on those, and recommends sticking with a coach you like and trust.

Instead his book dives deep on what he calls the four pillars that he says will actually help you play better golf: Master expectation management, on-course strategy, off-course practice, and mindset.

“If golfers can be more efficient with the way they pick targets, practice, and if I can just help people know what to expect from the game, I’d be happy,” he says.

There’s a lot of gold in the book, but here are a few concepts I particularly enjoyed:

Wondering why you never seem to get better, even though you are putting in the hours on the range?

“I call it zombie range sessions,” Sherman says. “Golfers show up on the range and start rifling through a bucket. They don’t take any time to think about what they’re doing.”

That form of practice can actually make you a worse golfer, because you’re not practicing anything in particular, or mirroring the challenges you’ll encounter on the course. If you want to make your practice work harder for you, pick a target with every swing, give yourself at least five seconds between balls, do your routine, and change up the targets you’re hitting to more frequently. 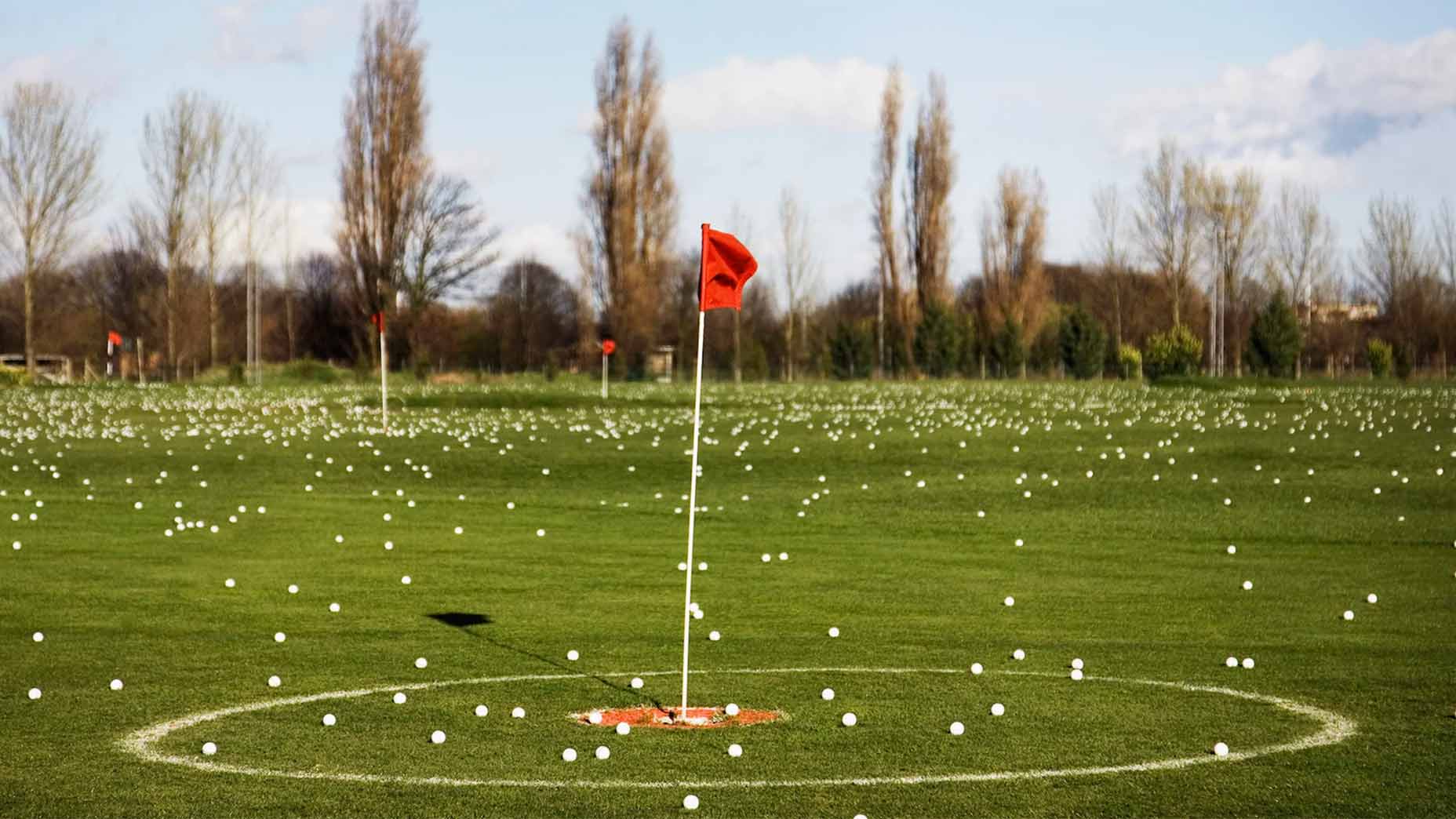 Jon’s golf swing is weird, by his own admission.

“If you took a video of my swing, I’d guarantee you a lot of people would not know I’m a plus-two handicap.”

Yet he is, and it’s all because he says he stays laser focused on what matters above all else: Clubface control, and how it affects the ball flight.

“I look at the ball flight, and work backwards from there,” he says.

Jon says he goes through a checklist: Where is he aiming? Is the ball starting too far left or right of that target? Is it curving too much or too little? When he encounters issues, he’ll use what he dubs the “fight fire with fire” method. If his draw is starting to resemble a hook, he’ll practice trying to intentionally hit slices to counteract it. He’s fighting fire with fire, until he gets somewhere back to neutral.

According to Collin Morikawa's coach Rick Sessenghaus, he and Morikawa have only used Swing Catalyst together once, and they only use Trackman about once a month, just to check up on face/path numbers.

"Ball flight tells us what we need to know."

Safe to say, it works 🎯 pic.twitter.com/MPge8I6JuN

One of the biggest concepts Sherman hopes golfers will take away from the book is how damaging double bogeys — or worse — are for your score. Eliminating double bogeys is, above all else, what will help you drop your handicap.

“The difference between a 20-handicap and a high single-digit handicap isn’t the amount of birdies they make, it’s the amount of double bogeys,” he says.

The irony is, golfers will make big numbers most when they’re trying hardest to avoid them. When you’re in the trees, or a comparable form of trouble, don’t ask yourself how to save par. Ask yourself a less ambitious question: How can you make an easy bogey? In the long run, you’ll be better for it.

“It’s not about creating heroic, spectacular outcomes. It’s about reducing mistakes,” he says.