The longer the backswing, the better.

When Vijay Singh was at the true peak of his powers, long backswings weren’t quite as in vogue as they are nowadays. With the ceiling yet to be reached in the equipment sphere, club manufacturers were discovering new distance gains through innovations seemingly every year. That meant that when it came to the golf swing itself, many coaches began focusing on promoted controlled, shorter backswings, and avoiding over-swinging.

Vijay never bought into that idea.

“It’s like throwing a ball. If you go halfway back, you’re only going to throw it a certain distance,” he says. “If you have a big backswing, you have enough momentum and energy coming into the ball, you will hit it further.”

And this only becomes more important as you age, Vijay says, when your body starts becoming naturally less flexible. His advice? Groove a long backswing when you’re young, and never stop the work maintaining it.

“Having a long backswing is one of the most important things as you get older,” he says. “I’m almost 59, I can hit it so much further than the rookies coming on the senior tour nowadays, it’s a joke. They ask me: ‘how do you hit it so far?’ and I tell them ‘because I work on it all the frickin’ time.”

Vijay noticed his golf swing start to get shorter recently, which set off some alarm bells — and ultimately led him down the path of partnering with an innovative and interesting new technology called deWiz Golf.

The deWiz is a device that’s worn like a wrist watch. It measures the distance, speed and direction of your swing, which then sends a 3D model of your swing instantly to your iPhone. You can set certain goals for yourself, like swinging your backswing a certain number of inches — “I’m almost at 59 inches,” says Vijay of his current driver backswing length — and if you don’t swing within his parameters you set for yourself, the deWiz will give you feedback letting you know.

Vijay’s been using it recently to lengthen his swing back to where it was 20 years ago, and along the way, is sharing some advice that’ll help you master the art of lengthening your backswing.

1. Think about the time it takes

A longer backswing isn’t just about power, Vijay says: It’s also a tempo key. It allows your body to set before moving into the downswing, rather than avoiding a jerky transition.

“95 percent of the issues have issues with tempo If your backswing is longer, your energy transfer as you start down is smoother,” he says.

Vijay when he rushes his tempo, his backswing shortens and his drives start spraying. Using the deWiz, he’s started literally timing the length of his ideal backswing.

“It’s .9 seconds to the top of the backswing,” he says, adding that he keeps a 3/1 tempo on his downswing (meaning his backswing is three times longer than his downswing). “Every time I can count to almost a full one second my backswing, my swing is always long.” 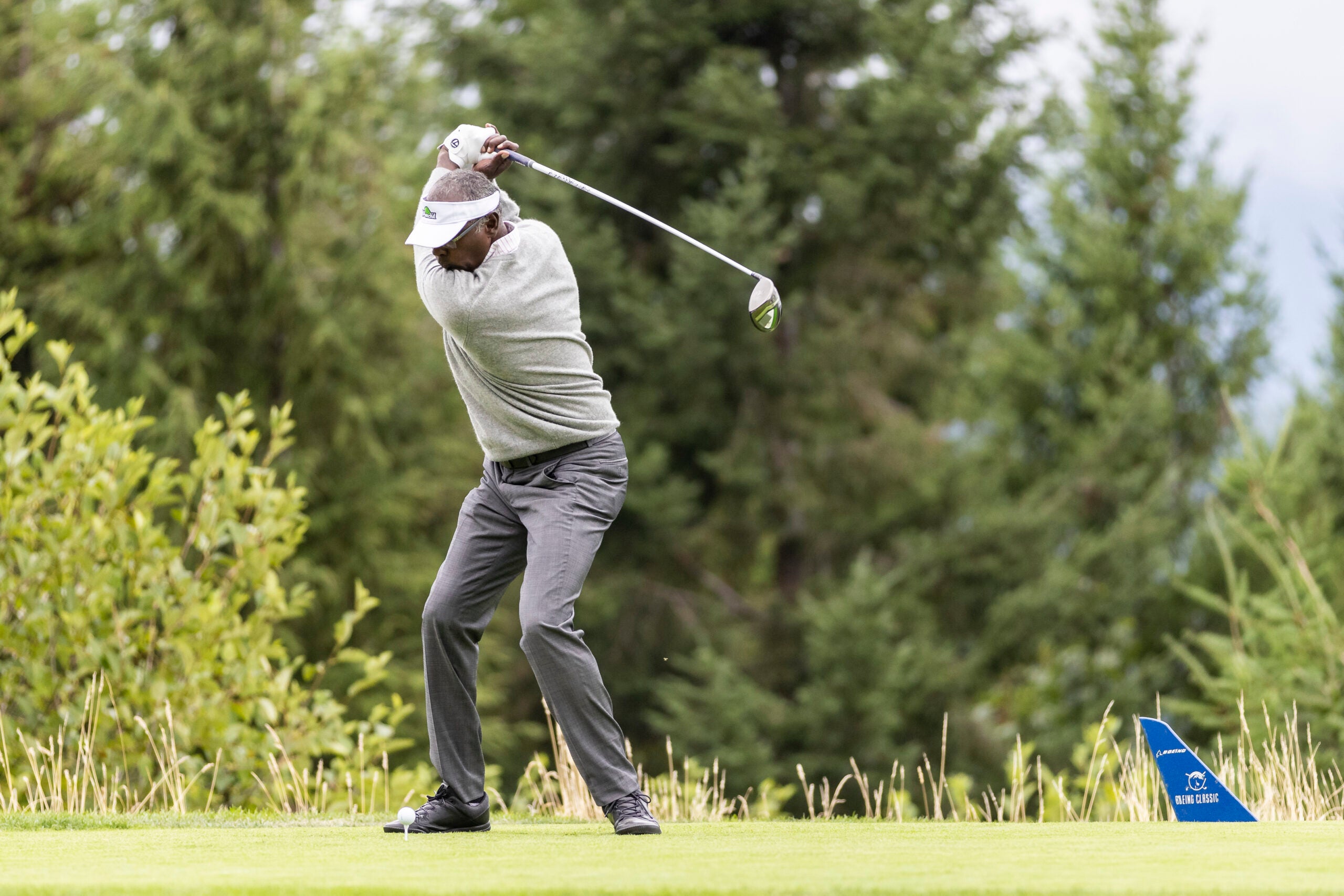 While Vijay maintains that the longer the better on the backswing, he has one caveat: Making sure you do it by turning, rather than lifting, your arms. The former will give you a powerful wind up that will last for years; the latter means cheating your turn.

The key to all of this, he says, is to feel like you’re extending your arms, and keeping a wide arc.

“It’s so important having great extension in your arms when adding length in your backswing,” he says. “Create a big, high arc.”

Extension is the goal, and one time-tested way he went about working on this: Starting each range session swinging the shortest club in his bag (a sand wedge) as long as he possibly can in slow motion.

“I take a sand wedge and take a really long backswing,” he says. “I can get it over 66 inches.”